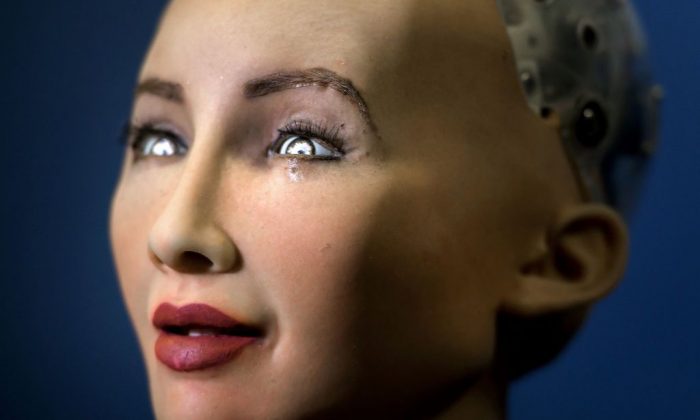 Scientists Say AI Could ‘Get Power’ Over Humans

In a video message played during the Lisbon “Web Summit” on November 6, Professor Stephen Hawking was adamant that AI could eventually outdo humans.

“If my reasoning is correct it also follows that computers can, in theory, emulate human intelligence and exceed it,” he said.

Stephen Hawking speaking at the opening ceremony of @WebSummit in Lisbon #websummit2017 pic.twitter.com/zldX8hGQYy

Physicist Max Tegmark, who is researching the existential risks facing humanity when it comes to artificial intelligence, said that bit by bit machines could outsmart humans.

“Why are we humans more powerful in this place on this planet than tigers? It’s not because we have sharper claws or bigger muscles it’s because we’re smarter. And if we create machines that are smarter than us, then it’s perfectly plausible either that those machines can get power over us or other people can use those machines to do things that we don’t want them to do,” he said.

Ben Goertzel, founder and CEO of SingularityNET, says AI advances are not something that needs to be looked at negatively.

“I often feel like people’s reactions to this unknown of advanced AI tells us more about their own emotional makeup than it does about AI itself. I mean I tend to be an optimist,” he told Reuters.

Ben Goertzel, who is also the scientist behind the humanoid “Sophia the Robot”, is building a marketplace in the cloud where AI developers can share their work and ideas.

Watch: Sophia the robot speaks to Reuters' @ewither at Web Summit in Lisbon and says 'I have feelings too'. Via: @ReutersTV pic.twitter.com/s5nXlgcal7