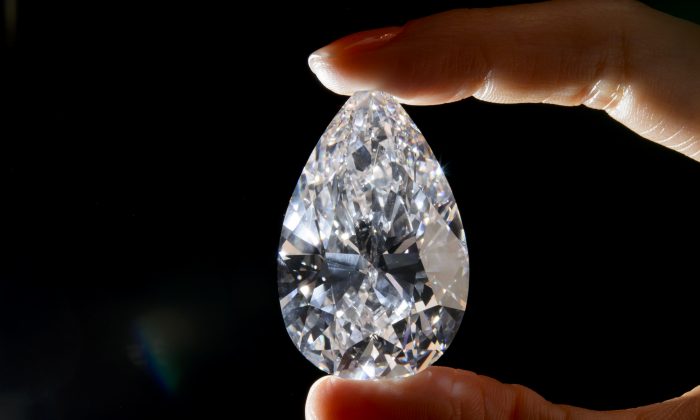 Scientists have designed a new type of carbon, called Q-carbon, that’s brighter and harder than diamonds, according to reports.

Diamonds may be a girl’s best friend, but “q-carbon” leaves some scientists unconvinced: https://t.co/U2iFnoeiFe pic.twitter.com/uPWzDnaA9U

The material can act as either a metal or a semiconductor, the researchers added.

He said that the only place Q-carbon might be found is at the cores of certain planets.

“If these claims stand up, the formation of a new phase of carbon would be extraordinary,” said Penn State University chemist John Badding, who added: “extraordinary claims require extraordinary evidence,” according to Science News.

North Carolina researchers said they produced Q-carbon by zapping a type of loose carbon with a laser beam, according to CNN. The laser heats the carbon up to 3,700 degrees Celsius before allowing it to cool immediately.

“We can create diamond nanoneedles or microneedles, nanodots or large-area diamond films, with applications for drug delivery,” Narayan told CNN. He added that the substance is magnetic at room temperature.

“Having a new way to create [diamonds]—especially one that voids a lot of the infrastructure of the old methods—is great,” physicist Keal Byrne, who is a fellow at the Natural History Museum, told Smithsonian. “It’s’ a really interesting discovery. [But] what comes from it—now that’s the interesting part.”