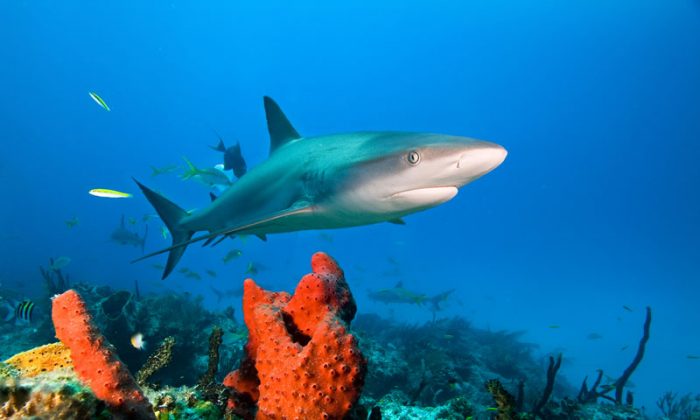 Sharks are in danger in most parts of the world, with a quarter of all sharks and rays now threatened with extinction. This ongoing collapse of shark populations has already had far-reaching effects on marine ecosystems. To arrest this trend we desperately need scientific data that effectively inform conservation management. But are we focusing our research effort in the right areas?

We looked at 20 years’ worth of scientific papers on shark conservation to see if shark science is meeting the needs of conservation. Our results, included in a forthcoming book, suggest that the species most in need, and the places where most damage is done, aren’t getting the attention they deserve.

Are We Looking in the Right Places?

For science to have the best chance of helping to protect sharks, it should be focused on places where the need for conservation is greatest. As fishing is the most serious threat to sharks, research efforts should therefore correspond to the places with the most fishing.

Pleasingly, our study found that although shark fishing has increased, scientific effort has also increased substantially in the past few decades. In 1992 only 2 peer-reviewed studies specifically on shark conservation and management were published, by 2011, 80 were published. However, the increase in scientific output is largely driven by two countries: Australia and the United States. In the countries where most shark landings occur (Indonesia, India, Taiwan and Spain) there is almost no research on shark conservation or management.

This lack of research effort is mirrored by the failure of these countries to implement national shark management plans along United Nations guidelines. There is therefore very little information on the conservation status of some of the world’s most vulnerable sharks, and few plans in place to improve the prospects of these populations.

Can We Change the Situation?

This geographic bias can be at least partly explained by wealth. Research is expensive, and countries that catch the most sharks are relatively poor. But as sharks are key players in marine ecosystems all over the world, we all have a vested interest in their conservation.

Moreover, many shark species are highly mobile. Sharks caught in one country’s waters may well have spent much of their lives elsewhere. That means that effective conservation in one region can be spoiled by poor management in a neighbouring country.

We suggest that countries that already invest heavily in conservation and management research have a powerful incentive to cooperate with those that cannot afford it.

For example, Indonesia catches more sharks than any other country in the world. If Australia were to focus some of its shark research on its nearest neighbour, the collaboration could deliver big gains in sustainable fishing management.

Are We Doing the Most Effective Science?

Australia publishes more studies on shark conservation research, per capita, than any other country. But we cannot afford to be complacent about the type of science that we do. Our study found major biases in which species of shark attracted the attention of researchers.

If conservation research is to be useful, it should prioritise species that are most at risk. Yet of 479 scientific articles on shark conservation and/or management published worldwide over the past 20 years, only 22 (less than 5%) focused on globally endangered species. And 16 of those were focused on a single species that is also of economic importance: the scalloped hammerhead. That leaves just six papers (on four species) in two decades which looked at all of the other globally endangered sharks (24 species).

More than 200 species (over 40%) of sharks are classified by the International Union for the Conservation of Nature as “data deficient”: we simply do not have enough data to make a call as to whether they are endangered or not. Yet, in the past two decades only 30 studies focusing on 14 data deficient species have been published. Many of these species are likely to be threatened or endangered but without hard data we just don’t know, so effective management is impossible.

Specifically referring to shark conservation, of the 20 most studied species, only the scalloped hammerhead is endangered and just two are listed as data deficient. We found that the vast majority of research is highly skewed towards species that are either economically important (such as the blacktip shark), or charismatic, such as the whale shark and the great white shark.

This skew may be explained by the advantages charismatic species confer in leveraging funding, combined with evidence that publishing in high-impact journals is easier with popular species, with obvious implications for researchers’ careers.

Importantly, bycatch species are largely ignored, despite the fact that most sharks are caught as bycatch. This has serious consequences. In southeastern Australia, for example, no data on bycatch of deepwater sharks were available for many decades. By the time this data became available, some species – such as the now critically endangered Harrison’s dogfish – had declined by nearly 99%.

We have a long way to go to improve shark conservation science. While the research effort has increased over the last 20 years, it has done so in only a few countries and for a handful of species – and not always those most in need in either case.

If we want to ensure that sharks are properly managed right around the world, we need to start paying closer attention to the “where” and “what” of shark science.

*Image of “shark” via Shutterstock