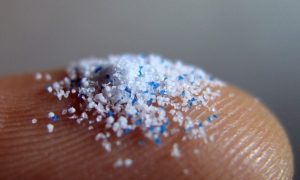 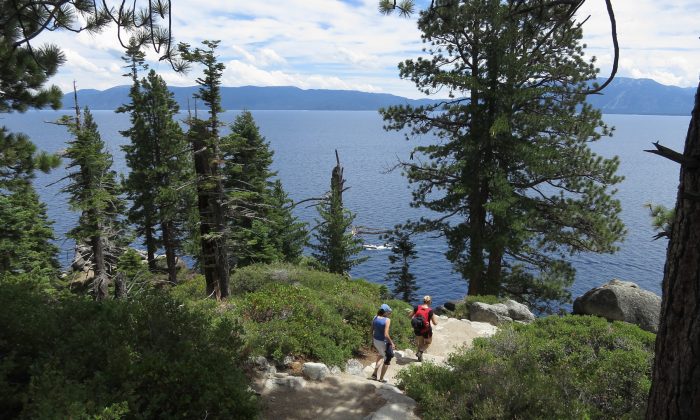 Scientists Find Microplastics in Lake Tahoe for the First Time

Scientists are finding microplastics in Lake Tahoe—one of the world’s clearest lakes and the largest alpine lake in North America—for the first time.

The lake straddles the state line between California and Nevada and is a major tourist attraction in the area, known for its pristine waters.

Microplastics is an emerging field of study, and not much is known about its impact.

“There is scientific uncertainty about microplastic issues,” Tox Town, a project of the National Library of Medicine, says on its website. “There is concern that microplastics could harm human health as they move through the marine food web. Microplastics both absorb and give off chemicals and harmful pollutants.

“Plastic’s ingredients or toxic chemicals absorbed by plastics may build up over time and stay in the environment. It is not known if you can be exposed to these pollutants by eating contaminated seafood.”

The findings so far from Lake Tahoe suggest that the microplastics pollution problem is affecting freshwater systems.

“There has been a lot of work done in marine environments and far less in freshwater, and less even in alpine lakes,” Megan Collins, education program manager for the Desert Research Institute (DRI) in Reno, told the Reno Gazette Journal.

Researchers from the DRI found particles of synthetic fiber and small pieces of red and blue plastic “no bigger than the head of a pin” from water samples they had collected, the Los Angeles Times reported.

Monica Arienzo, leader of the research project and an assistant research professor at the DRI, told the newspaper that the team “really hoped we wouldn’t find much of this material in Tahoe’s water” in their preliminary analyses and that they were “heartbroken and disappointed by this discovery.”

She added that much of the water is “almost entirely snow melt.”

The team analyzed water samples taken from six sites at the lake, which covered low and high traffic areas for boats and stormwater inflow sites.

“We are in the process of identifying what types of plastics those are so we can better identify the sources of those plastics,” Arienzo told the Reno Gazette Journal.

Microplastics range in size from microscopic to about less than 5 millimeters (0.2 inches) and are being produced in various industries, although fragments also can be formed when plastic products weather down in the environment.

The researchers began their study in the spring of 2019, and expect to present their findings at the American Geophysical Union conference in San Francisco in December.

Researchers from the University of California in Davis are also finding microplastics at various beach areas along the shoreline of Lake Tahoe. The study is the first of its kind to track microplastics in the sand at Lake Tahoe.

Katie Senft, a staff researcher at the UC Davis Tahoe Environmental Research Center, remarked on some preliminary findings of her research in early August.

“The ocean gets a lot of attention about plastic in the water, and our freshwater lakes don’t,” Senft said in a news release. “This issue has flown under the radar in the Tahoe Basin. We don’t know the long-term implications of having plastics in our water and in our soil.”

Senft’s research began last summer when she took samples from four beaches at Lake Tahoe. This year, she is sampling Incline Beach and Hidden Beach twice. The research is largely unfunded.

“Microplastics can come as fibers (like those from synthetic fleece jackets), microbeads (found in some exfoliating face and body washes), fragments (smaller bits of larger plastic items), foam (from coolers or takeout containers), and nurdles (the pelletized raw material used in the manufacture of plastic goods),” an excerpt addressing Senft’s research in a UC Davis publication (pdf) reads.

“Fibers and microbeads typically originate from residential wastewater and nurdles can enter water systems through spills during shipment. Since no wastewater flows into Lake Tahoe and no shipping operations occur on the water, the main types of microplastics found here are likely to be fragments and foam.”

Senft believes that microplastics at Lake Tahoe are, therefore, “most likely from improperly disposed trash.”

“The problem of plastics in Tahoe is, I believe, very solvable,” Senft said. “People think everyone can’t make a difference, but we’re actually really powerful. If everyone picked up their trash, it would make a huge difference.”