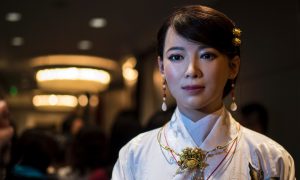 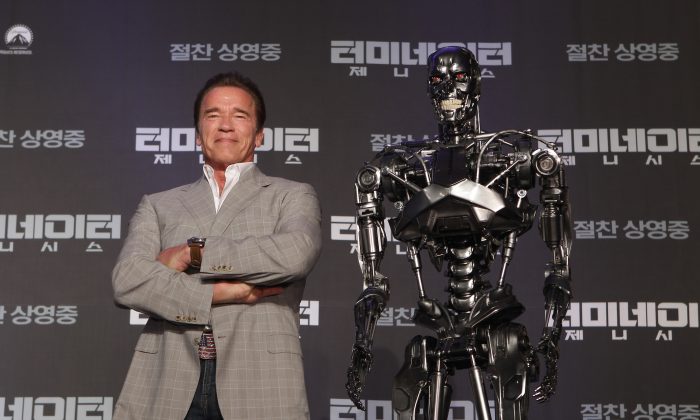 Chinese scientists have created a liquid metal that morphs and bends like the T-1000 killer robot from Hollywood’s The Terminator movie series.

Researchers believe they are close to perfecting a new liquid metal composition that could one day be used in soft robotic technology.

Although there are currently no robots that can morph into different human forms and objects, or even ooze through narrow openings, researchers from the Beijing Advanced Innovation Center for Biomedical Engineering at Beihang University in Beijing are close to developing new liquid metals that can be manipulated with magnets for exactly such a purpose.

The research, jointly funded by the 111 Project and National Natural Science Foundation of China, found that by adding magnetic particles, such as nickel or iron, liquid metals can easily be manipulated with magnets.

Gallium and certain alloys, which are in a liquid state at room temperature, have unique properties including high conductivity, low melting point and high deformability. These properties make them attractive to use in soft robots and flexible electronics, according to the American Chemical Society (ACS).

“Because of their high surface tension, most magnetic liquid metals can only move horizontally, and they must be immersed completely in liquid to avoid forming a paste,” ACS, a U.S. Congress-chartered not-for-profit organization, said in a public statement.

A research team led by Liang Hu and Jing Liu had intended to create a magnetic liquid metal that can move and stretch both horizontally and vertically.

They experimented by adding iron particles to a droplet of a gallium, indium, and tin alloy while being immersed in hydrochloric acid.

“When the team applied two magnets in opposite directions, they could stretch the droplet to almost four times its resting length,” ACS said. “They could also manipulate the liquid metal to connect two immersed, horizontal electrodes and, by virtue of its conductive properties, light up an LED bulb.”

In a Terminator movie, an evil robot morphs into different human forms thanks to its “liquid-metal” composition. Although we’re still not there, technology is getting closer with the development of liquid metals that can be manipulated in 3-D with magnets https://t.co/KpZt33f3DT pic.twitter.com/asEln4BCKD

The secret of the compound’s flexibility, as published in Applied Materials & Interfaces, is a layer of gallium oxide on the droplet surface, which lowers the surface tension of the liquid metal.

The liquid metal can even be stretched vertically and then move horizontally to connect two electrodes, with the upper one exposed to air and the lower one immersed in the hydrochloric acid.

“This demonstrated that the material didn’t have to be fully immersed in liquid,” ACS said. “In this way, the magnetic liquid metal was reminiscent of an upright walking amphibian, the researchers say.”

This isn’t an ominous sign at all, and it’s just one more reason to welcome all of our robot overlords, if you know what I mean: “Scientists create liquid metal that stretches like Terminator” | cnet https://t.co/P0j0oxcusb pic.twitter.com/pAXw9QY4hr

Meanwhile, researchers with Purdue University in the United States, also inspired by self-repairing robots as seen in the movies, have discovered how to integrate liquid metals into wearable technologies for uses in consumer electronics to defense applications.

Led by Professor Wenzhuo Wu, the team at Purdue have created technologies that convert mechanical energy into electrical energy.

“Our work presents an important step toward the practical realization of self-powered, human-integrated technologies,” Wu said, according to a press release.

The research group’s energy-harvesting devices are forecast to be the start of a $480 million market by 2028, IDTechEx reported.