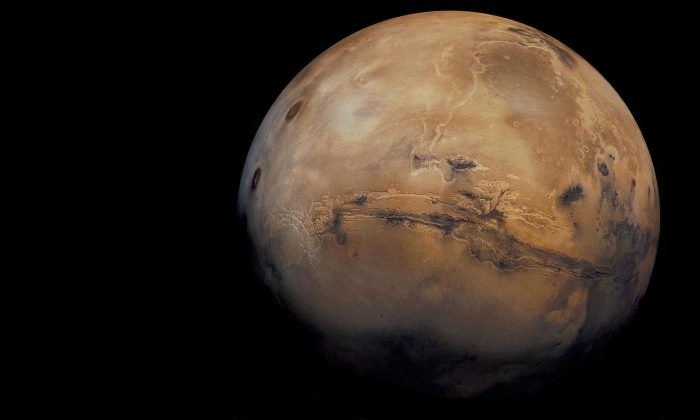 Scientists Detect Oxygen on Mars for First Time in 40 Years

Space agencies have discovered oxygen in Mars’s atmosphere—an event which has not occurred since the 1970s.

The Stratospheric Observatory for Infrared Astronomy (SOFIA) has detected atomic oxygen in the mesosphere, or upper layers, of the Martian atmosphere.

The last time atomic oxygen was measured in Mars’s atmosphere, was during the Viking and Mariner missions of the 1970s.

SOFIA is a joint project between NASA and the German Aerospace Center (DLR). It is a modified Boeing 747SP that carries a telescope 100 inches in diameter. It is based at a NASA facility in Palmdale, California. SOFIA flies between 37,000-45,000 feet.

So why has it taken nearly a half-century for scientists to detect Martian oxygen again?

“Atomic oxygen in the Martian atmosphere is notoriously difficult to measure,” said Pamela Marcum, a SOFIA project scientist. “To observe the far-infrared wavelengths needed to detect atomic oxygen, researchers must be above the majority of Earth’s atmosphere.”

With the majority of the moisture in the Earth’s atmosphere below this altitude, the aircraft can use its spectrometer to detect long-distance infrared wavelengths.

There is a notable difference between atomic oxygen and Earth’s oxygen. The air we breathe consists, amongst other elements, of two oxygen atoms. However, atomic oxygen consists of just a single atom.