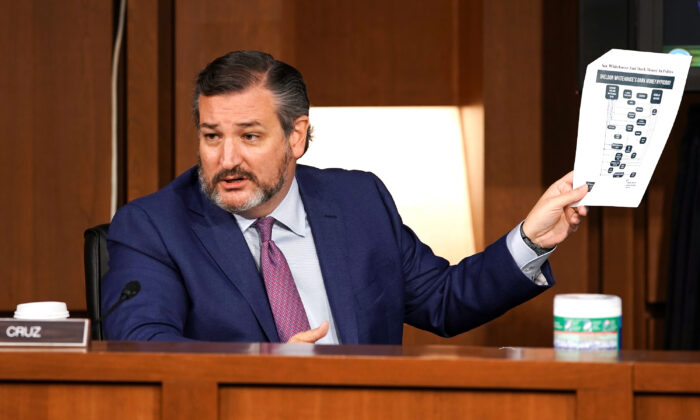 On Monday evening, unified Senate Republicans shot down debate on a resolution to fund the government through December. Now, Democrats are scrambling to find a new way to push a debt ceiling increase through the Senate with at least some Republican support.

But according to Sen. Ted Cruz (R-Texas), Senate Majority Leader Chuck Schumer (D-N.Y.) will not find that support, and will be forced to “surrender.”

The Monday vote was the culmination of months of posturing by Senate Republicans, who have insisted since August that they would not vote to increase the debt limit. According to these Republicans, who explained their reasoning in a petition drafted by Sen. Ron Johnson (R-Wis.), Democrats were on an “unprecedented deficit spending spree.” These Republicans said that they refused to enable such spending through raising the debt ceiling.

Instead, Republicans have insisted that Democrats use the reconciliation process if they want to raise the debt limit.

The reconciliation process is one that allows certain bills related to federal revenues and spending to bypass the 60-vote threshold usually required to begin debate on a bill in the Senate. Currently, Democrats are using the process to push through their controversial budget, which has a top line price of $3.5 trillion.

In his petition, Johnson argued that Democrats “have the power to … unilaterally raise the debt ceiling [through reconciliation], and they should not be allowed to pretend otherwise.”

Still, Democrats have been hesitant to take this route, as some polls have shown raising the debt ceiling to be an unpopular move among American voters (pdf).

‘I Fully Expect That Schumer Is Gonna Surrender’: Cruz

Speaking to reporters on Tuesday, Cruz insisted that Democrats will have no choice but to raise the debt ceiling on their own.

Schumer has not done this, Cruz suggested, because “he’s trying to hide from responsibility for the trillions in debt that Democrats are irresponsibly trying to load onto the backs of our children and grandchildren.”

Cruz posited that Schumer was “trying to find an outcome where 10 Republicans vote with him so he can blame those Republicans for Democrats’ irresponsible debt. It’s a game. It won’t work.” He added, “Schumer knows it won’t work.”

Monday’s vote demonstrated continued Republican resilience against raising the debt ceiling, even after many Democratic leaders insisted that the party was bluffing. President Joe Biden said of the Republican threat in August: “Nope. They’re not going to let us default. $8 billion—$8 trillion of that is on the Republican’s watch.” Around the same time, Schumer said simply, “I can’t believe Republicans will let the nation default.”

Now, with the failure of their original continuing resolution, Speaker of the House Nancy Pelosi (D-Calif.) announced a new “clean” resolution, stripped of the billions in new spending contained in the original bill, in the hope that Senate Republicans will accept it.

While Senate Minority Leader Mitch McConnell (R-Ky.) suggested that Republicans may be open to such a resolution on Monday, Cruz said that this new move will fail as well.

“When this fails, I fully expect Schumer is gonna surrender,” Cruz commented, “And he’s gonna do what he could have done weeks or months ago, which is [to raise] the debt ceiling using Democratic votes.” He added, “Accordingly, Democrats will bear responsibility for the trillions in debt that they’re saddling on the country.”

At a press conference Tuesday, Schumer rejected this course of action. “Going through reconciliation is risky to the country and is a non-starter,” the senator said, adding that using reconciliation to raise the debt limit is “very, very risky,” and said “We’re not pursuing that.”