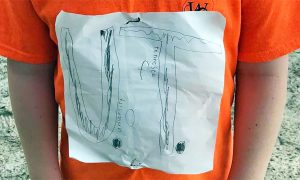 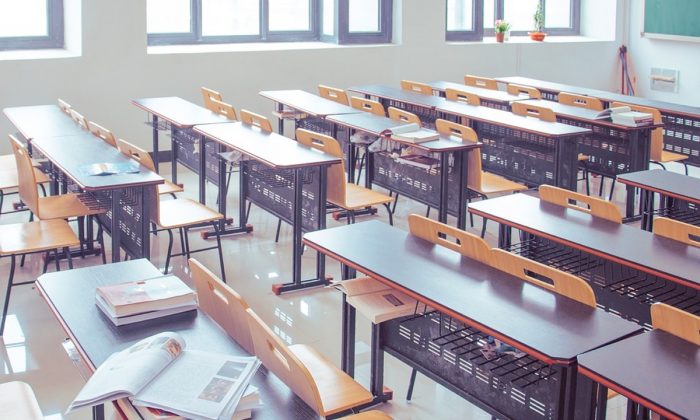 A Texas school has responded to community backlash after Kailee Boynton said her 8-year-old brother, Christian, was beaten up by three kids while at school, resulting in him suffering a brain hemorrhage.

Lakewood Elementary School responded with a statement posted to Facebook on Sept. 26.

“We first want to apologize for the delay in communicating with you regarding this isolated incident,” the statement read.

The school said their response was delayed because they were still investigating the incident.

“It is important to us that any information that we release is accurate and factual,” it said.

“This was an isolated incident between a few students and at no time posed a threat to the safety of our students or campus.

“Education is our passion, but safety is our top priority.”

Kailee told KHOU 11 that Christian was beaten “to the point of unconsciousness.”

But the school said that was “contrary” to what they found.

“While we are equally saddened and disheartened by the actions of our students, our investigation shows that contrary to media reports, at no time was a student left alone unconscious in the restroom. He was evaluated by the nurse immediately.”

The statement did not explain how the staff found out that Christian had been attacked in the restroom and also said they had a “limited ability” to share their investigation details.

Kailee reposted the school’s statement on her Facebook page and shared her response to the school’s investigation.

“I am deeply saddened by the response from Lakewood,” Kailee wrote. “To have this ‘isolated incident’ be taken so lightly and then to have it be downplayed as if it wasn’t something incredibly serious is infuriating.

“It’s concerning to me that they say safety is their first priority. If that were truly the case, then this ‘isolated incident’ wouldn’t have happened.”

Kailee said that Christian, a third-grader, was cornered and attacked by three kids in the bathroom at Lakewood Elementary School in Tomball, Texas, KHOU 11 reported.

“They pinned my brother down. They were beating him,” she told KHOU 11. “They beat him to the point of unconsciousness, where they continued to beat him … They went through his backpack.”

Kailee added that she is an education major that is aware of the relationship between how safety can affect a student’s capacity to learn.

“I have learned that it is FACT that a child cannot thrive or learn in an environment where they don’t feel safe.

“I’m worried that the school is committed to misunderstanding this ‘isolated incident.’

“What cost do these children have to pay to be ensured a safe learning environment?” she asked.

Kailee posted two photos to Facebook of her little brother lying on a hospital bed on Sept. 25.

“Prayers for my little brother,” Kailee wrote on one of the photos. “He was attacked at school and has a traumatic brain injury. being transferred to texas children’s hospital [sic].”

She said believes Christian hadn’t done anything to provoke the kids who attacked him.

“He told me ‘maybe they’re just having a rough day,'” Kailee told KHOU 11. “He is so nice and kind that he can’t even fathom the fact that someone would want to hurt him or be cruel to him.”

“Bullying is a crime,” Kailee wrote in another post. “Another innocent child has fallen victim to the hateful acts of a BULLY.”

Chris Boynton, the father, commented on Facebook to say that Christian had to be transferred to Texas Children’s Hospital for treatment.

“My son was the one beaten up,” the father said. “He was taken to ‘Medical professionals’ meaning Tomball Regional Hospital where he received a MRI and chest X-RAY for his injuries.

“It was there he was diagnosed with a subdural hematoma — he was bleeding from his brain. He was transferred to Texas Children’s Hospital via ambulance and treated there. After several hours of observation he was allowed to come home.”

Chris added that he was infuriated with the school for “trying to minimize the damage that my son will have for the rest of his life.

“I think it would behoove you to step up and take some responsibility in what happened,” he said.