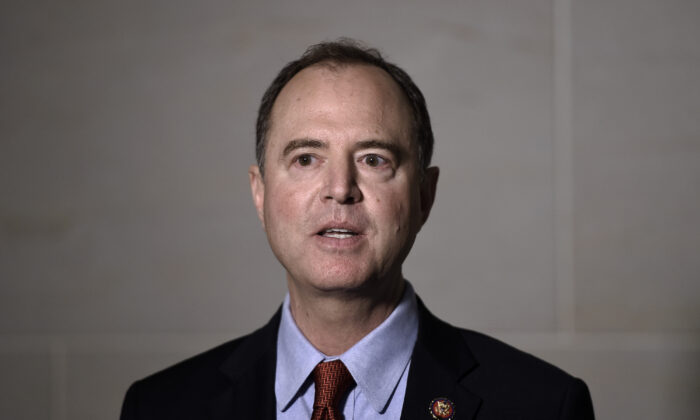 Schiff said that Sondland’s personal device, which contains texts and emails that Democrats want to read as part of the impeachment inquiry, was being withheld in addition to Sondland himself.

Sondland’s lawyer said earlier Tuesday his client was told by the State Department not to appear for a deposition, a claim President Donald Trump later confirmed.

“I would love to send Ambassador Sondland, a really good man and great American, to testify, but unfortunately he would be testifying before a totally compromised kangaroo court, where Republican’s rights have been taken away, and true facts are not allowed out for the public to see,” Trump said in a statement on Twitter.

“Importantly, Ambassador Sondland’s tweet, which few report, stated, ‘I believe you are incorrect about President Trump’s intentions. The President has been crystal clear: no quid pro quo’s of any kind.’ That says it ALL!”

“Chairman Schiff is following Speaker [Nancy] Pelosi’s directive to ‘strike while the iron is hot,’ and the Democrats’ reckless haste is a disservice to the American people,” Rep. Jim Jordan (R-Ohio), who sits on Schiff’s committee, said in a statement.

“In his efforts to rush this impeachment circus, Chairman Schiff is trampling on Constitutional considerations and disregarding legitimate concerns about due process and fairness while conducting all of this behind closed doors.”