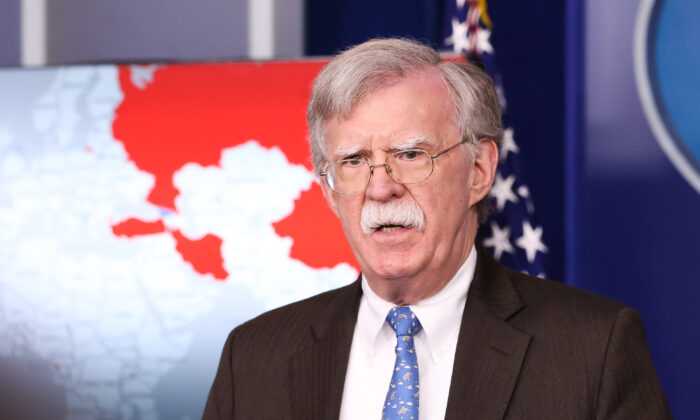 “We are considering whether to subpoena him in the House,” Schiff said during an appearance on ABC’s “The View.” “It makes little sense to have the House depose John Bolton and then submit that deposition to the Senate.”

Bolton, who resigned in 2019 at the request of President Donald Trump, recently said he would testify to the Senate if subpoenaed by lawmakers there. House Democrats will meet on Jan. 14 to determine when to send the impeachment articles to the Senate, and the Senate trial is expected to start soon after.

“I have concluded that, if the Senate issues a subpoena for my testimony, I am prepared to testify,” Bolton said in a Jan. 6 statement.

Schiff said he thinks Bolton would fight a subpoena from the House.

“I also have to say that I’m skeptical that Mr. Bolton will appear before the House. He’s refused to in the past,” Schiff said. “He’s only said he will appear before a Senate subpoena. And yes, we could expose that there’s no constitutional or legal basis to distinguish between a House and Senate subpoena, but our goal is not to make John Bolton look bad or expose the hypocrisy of that position.”

Bolton wasn’t subpoenaed by the House during the impeachment inquiry, unlike several other former White House officials. Bolton’s former aide, Charles Kupperman, filed a lawsuit after he was subpoenaed; a judge ultimately dismissed the case after the House withdrew the subpoena.

Both Schiff and House Speaker Nancy Pelosi (D-Calif.) said over the weekend that they might issue a subpoena for Bolton.

“We haven’t eliminated the possibility of ever subpoenaing and going forward with Bolton,” Pelosi said during an appearance on ABC’s “This Week.” Asked whether the House would subpoena Bolton and other witnesses if the Senate didn’t, Pelosi said, “It’s not excluded.”

On CBS’s “Face the Nation” on Jan. 12, Schiff said there would be “little sense in bringing Bolton in to the House and not allowing the senators to see his testimony.”

“If they’re going to be the triers of fact, and they will be, they should hear from the witness directly,” he said. “He has offered to come forward and testify. There is no reason not to have him testify unless you just want to cover up the president’s wrongdoing.”

During a Jan. 10 appearance on Fox News, Trump suggested he’d use executive privilege to prevent Bolton from testifying.

When asked by Fox News host Laura Ingraham if he would invoke executive privilege to block Bolton from testifying, Trump said, “I think you have to, for the sake of the office,” referring to the presidency.

“No problem other than one thing,” Trump said. “You can’t be in the White House as president—future, I’m talking about future, any future presidents—and have a security adviser, anybody having to do with security, and legal and other things” testify.