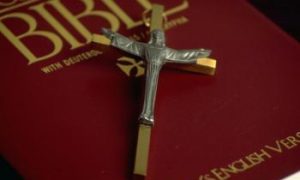 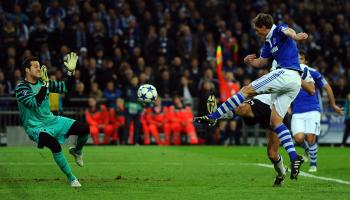 Schalke Through to First Ever Champions League Semi-Final

By Denis Charlton
Print
FC Schalke 04 from Germany’s Bundesliga has reached the club’s first ever European Champions League semi-final with a 2-1 victory over holders Inter Milan, giving them a resounding 7-3 aggregate win over the two legs.

When a club changes managers in mid campaign is not generally grounds for optimism. But the replacement of Felix Magath with Ralf Rangnick now looks to have been a masterstroke.

Coincidentally, Schalke’s only European trophy was a EUFA Cup triumph over Inter Milan at the San Siro back in 1997. Last week’s shock 5-2 win on the same ground meant that the Italian champions would need a miracle to salvage the tie.

As it turned out, Milan never looked like they had the belief that they could turn things around. Star midfielder Wesley Sneijder was only just recovering from a bout of flu and someway below peak form, yet he still looked Milan’s best player before fatigue necessitated his substitution after 78 minutes.

The Dutchman had done his utmost to try and inspire his team and was primarily responsible for them enjoying a 60% – 40% advantage in possession over the course of the match. Sneijder might have crowned his gallant performance with a goal but his 75th minute free kick curled just wide of the post.

Despite enjoying the lion’s share of possession Inter proved toothless in the final third with the likes of Samuel Eto’o and Diego Milito looking like pale shadows of the players they were last year under Jose Mourinho.

The game remained scoreless until the 44th minute when Schalke’s direct approach straight down the middle cut through the Inter defense like a knife through butter. Raul Gonzalez was the man on the end of the move and with only the keeper to beat there was only going to one outcome as the veteran Spaniard enhanced his remarkable record in European competition.

When the players returned for the second half, Inter knew they were only playing for pride now and showed a little more spark. On 49 minutes they drew level on the night when Thiago Motta netted from close range.

However, that was as good it was going to get for the holders. With their ailing playmaker Sneijder tiring the rest of the team appeared even wearier as if they could hardly for the final whistle to end their misery.

Just before the hour, central defender Benedickt Howedes thought he had extended Schalke’s lead but was ruled to be marginally offside. Twenty minutes later, as the game seemed to be petering out, Howedes was again the furthest Schalke player forward as he was played through by that man Raul with only the keeper to beat.

With Julio Cesar advancing towards him Howedes opted against trying anything fancy, and simply thundered the ball into the net before Cesar could even get near him. For a central defender it was an impressive finish.

Schalke will now play Manchester United in the semi-finals and no doubt be encouraged by the English giant’s exit from the competition at the hands of German opposition (Bayern Munich) last year.

No miracle for Spurs

Tottenham Hotspur manager Harry Rednapp was talking up his team’s chances prior to the second leg clash with Real Madrid at White Hart Lane, maintaining that anything was possible.

Unfortunately it soon became clear that this was not going to Tottenham’s night as Italian referee Nicola Rizzoli turned down no less than three penalty appeals. Two of those were blatant including Xabi Alonso’s trip on Luka Modric in only the 3rd minute. If Spurs had got that vital early goal then who knows what might have happened. But most likely they would still have not been quite good enough.

The point was emphasized when their Brazilian goalkeeper Heurelho Gomes committed one of his periodic blunders, palming Cristiano Renaldo’s speculative shot from outside the penalty area into his own net. Sure, Renaldo hits the ball with swerve and dip, but having learned his trade in Brazil that should be something Gomez grew up with. At this level you simply have to do better.

So Real Madrid progress 5-0 on aggregate to set up that eagerly anticipated clash with eternal rivals Barcelona while Spurs, having acquitted themselves better than anyone would have expected in this year’s competition, must now focus on trying to qualify for next year’s tournament.