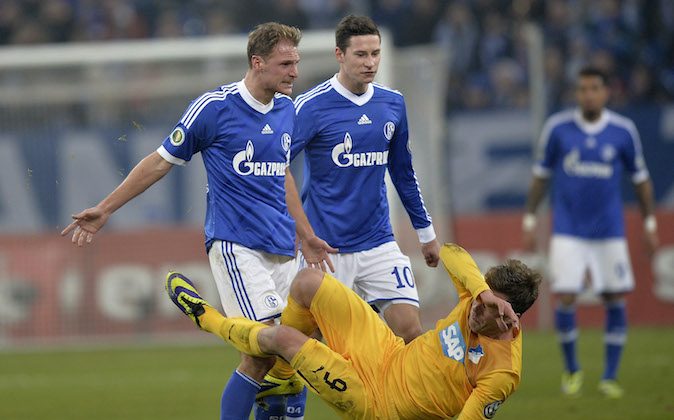 The match will be broadcast live on radio at Sport1.FM and WDR 2 in Germany.

The game will also air on MyGermanTV in the United States.

Schalke defender Felipe Santana is still out injured, while fellow defender Kyriakos Papadopoulos is suspended for this fixture owing to a red card in the previous match.

Hoffenheim will be boosted by the return of striker Anthony Modeste, who was injured in November.

Schalke will seek a win to boost their confidence levels, which must be low after a back-to-back mauling by Bayern Munich (1-5) and Real Madrid (1-6).

In contrast, Hoffenheim are in excellent goal scoring form, particularly in their last match, which was an 8-goal (6-2 to Hoffenheim) thriller against Wolfsburg.

This match is a close one to call, although on paper, Schalke are favorites to take this tie.