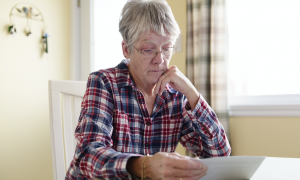 Elderly Americans Are Being Scammed for Millions Every Month
0 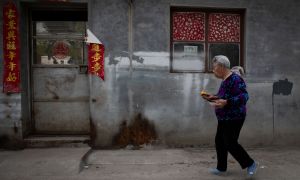 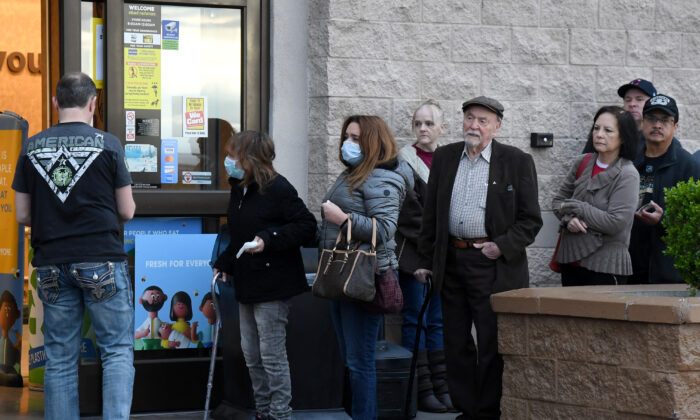 Scammers Use Pandemic to Prey on Vulnerable Seniors

Sheriff John Merchant of Brown County, Kansas, saw a man lose his life savings to a scammer three years ago, and since then he’s done his best to prevent that from happening to anyone else.

Right now, as shelter-in-place measures are adopted, most Americans are home, sitting in front of a computer and not far from their phones. Meanwhile, generosity, fear, and urgency abound.

Criminals are seizing upon these ripe conditions, and law enforcement is ramping up efforts to alert people—especially seniors—about the new wave of scams.

One-third of residents in Merchant’s county are seniors, a demographic that is particularly vulnerable to scammers.

Many are hard of hearing, generous, and too polite to hang up on a caller, Merchant said. And now they are also most concerned about the Chinese Communist Party (CCP) virus, commonly referred to as the novel coronavirus, because they are at increased risk compared to the rest of the population.

Merchant and other officials have been warning people to be extra cautious as federal payments are sent out in the next couple of weeks, as scammers are likely to try to take advantage of that.

“Scams are one of the hardest things to solve by law enforcement,” Merchant told The Epoch Times. “So we found the best thing was a very, very, very active information campaign.”

About 1,300 miles south, in Osceola County, Florida, scammers have been knocking on doors and selling fake COVID-19 tests.

Florida residents have seen their share of natural disaster scams in the past, said Cody Wood, an economic crime detective for Osceola County. But everything related to the CCP virus is a new frontier.

“We are proactively getting scam alerts out to the residents in our county,” Wood told The Epoch Times.

Phishing emails have increased 667 percent since the beginning of March, according to security firm Barracuda Networks. Phishing is a practice of trying to obtain confidential information, especially from internet users, typically by sending emails that appear to be from a legitimate organization.

Americans have lost an estimated total of about $1.7 million to CCP virus scams already, according to reports made to the Federal Trade Commission (FTC). But it’s hard to gauge the true scope, because many victims don’t file reports.

Government and advocacy organizations have stepped up efforts in recent years to prevent scams targeting seniors. On March 3, the Department of Justice announced a crackdown that resulted in charges against 400 defendants, representing a total of more than $1 billion in losses due to alleged elder fraud schemes.

In the virtual world, phishing emails, deceptive social media posts, and fake websites are propagating. Many offer products that are in great demand, but take customers’ money and don’t deliver.

For example, an anonymous complainant over the age of 60 said he or she had purchased $148 worth of N99 carbon masks online but never received the product.

“[I felt] compelled to get protection for my family. … I’m still working at this time,” reads the anonymous complaint filed to the Better Business Bureau (BBB).

Losses of thousands of dollars per person have been reported to BBB recently due to employment scams. With many people losing their jobs during the pandemic and looking for online work, these scams may gain strength.

One victim went through an elaborate Google Hangouts interview process; the victim was “hired” and then received a check for about $3,000. The victim sent the company that sum back in cryptocurrency, as instructed. Then the check bounced and the victim was out $3,000 and remained unemployed.

“A lot of these are the same fraud schemes … but when there is something like a pandemic, the fraudsters have a lot easier time,” Jason Zirkle, training director at the Association of Certified Fraud Examiners, told The Epoch Times.

The bait plays on the fear and urgency that abounds during disasters, or now a pandemic, Zirkle said. “Now they’re like, ‘You have to click on this link right now, [or] you’re going to be out of the loop’ … or ‘Click here to get your stimulus check first or before everybody else,’” he said.

An email might ask you to click on a link to see how many people have tested positive for COVID-19 in your area. Clicking on these links or opening attachments on such emails may infect your computer with ransomware that can steal your information.

Scammers have long pretended to be officials from the Social Security Administration, the IRS, or the FBI. But now people may be more vulnerable to government imposters, because many don’t know exactly what COVID-19-related government aid is available and how to get it.

As many people know how the IRS works, they can more easily spot a scam when an imposter poses as an IRS official. But COVID-19-related financial aid is new and unknown, making it hard to tell if information about it is false.

The common goal of government imposters, in general, is to get your money or personal information, or both, said Michelle Newman, deputy attorney general of Nevada. Nevada has had the highest number of imposter scam reports per capita this year.

When you are panicked, you are less likely to question, for example, why the IRS would ever want an Amazon gift card from you, Newman said. Gift cards are by far the most preferred payment method for imposter scammers, because they are easy to obtain and can be spent anonymously right away.

The best thing you can do on a suspicious phone call is to hang up, Newman said.

In rural Iowa, seniors have been receiving calls from scammers who pretend to work for the Centers for Medicare and Medicaid Services. The scammers offer to drop off CCP virus test kits at their homes. Of course, they require money or the person’s Medicare number first.

“If it’s something that sounds too good to be true, it probably is,” she told The Epoch Times.

Scammers Posing as Family or Friends

During the pandemic, the old “grandparent” scams can take a new twist, warned FTC attorney Lisa Weintraub Schifferle in an April 3 press release.

She gave an example: “Grandma, I’m in the hospital, sick, please wire money right away.”

Grandchild scams accounted for 70 percent of family and friend imposter scams reported to FTC in 2018, and people over the age of 70 suffered the highest median cash loss, at $9,000.

Merchant once had a man come to him to report one of these scams. Someone had called this man pretending to be his grandson.

Merchant called back the scammer’s number; then on another line, he called the man’s grandson and asked him where he was and what he was doing at the moment. The grandson was at work. The scammer realized he was caught, and hung up.

Some seniors who fall prey to scams have Alzheimer’s or other conditions that make it harder for them to discern a scam, said Julie Masters, a gerontology professor at the University of Nebraska–Omaha.

About 5.8 million Americans aged 65 and older are living with Alzheimer’s dementia.

Masters has personal experience with Alzheimer’s and how it can affect judgment, leading to money loss. When her father started spending money in a way that he normally wouldn’t have, Masters and her family took heed. He was later diagnosed with Alzheimer’s.

She suggests others keep an eye on their elderly family members for unusual behavior that may indicate a problem.

“It’s family members asking questions … [otherwise] they’re not going to know the person is in trouble until they’ve lost a significant amount of money,” she told The Epoch Times.

It can be a difficult conversation for some families, Master said, but there are ways to make it work.

“Maybe the approach is without saying ‘I want to see your checkbook,’ [instead] it’s ‘I just want to make sure that nobody is taking advantage of you,’” she said.

Seniors need to balance the desire for independence with the value in having some oversight, Masters said. “It is absolutely OK to say, ‘I need to run this past my adult son or adult daughter,’ and use them as the bad guy so that [scammer] will move on.”

She added, “We need to care for each other more, don’t we?”

Attorney General William Barr announced on March 3 the launch of a National Elder Fraud Hotline, which provides services to seniors who may be victims of financial fraud. The toll-free number is 833-FRAUD-11 (833-372-8311).

“Seek out legitimate sources of information,” he wrote on the FBI website. Trusted sources for medical information are your own doctor, the Centers for Disease Control and Prevention, and your local health department. For financial information, go directly to the FTC or the IRS.

“We’ve already arrested and filed charges against those who we have evidence to believe are engaging in these crimes,” he said.