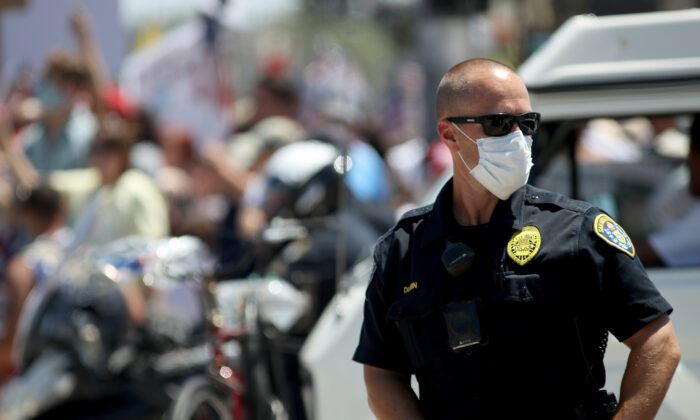 With phone scams becoming a more common form of fraud, governmental agencies are informing the public about new tactics and how to protect against them.

“The best advice is to ignore calls that aren’t from people in your address book and be skeptical about all unsolicited text messages,” Tanya Sierra, a spokesperson from the San Diego District Attorney’s office told The Epoch Times.

According to Sierra, phone and smishing scams—which are sent over text messages—are notoriously difficult to stop or investigate because scammers can easily “spoof” or imitate any number—even the official number of a police department or bank. These scammers are often located outside of the United States, she said.

The department recently reported a common scheme, where scammers posed as deputies, and called residents, threatening them with lawsuits, jail time, or arrest unless they pay a fine to clear the issue, Baggs said.

Another scam the department warns of occurs when the caller, posing as a deputy, claims the person missed a court date and demands they come to the county sheriff’s department headquarters alone, without telling anyone, and at odd hours, Baggs said. They threaten the situation will turn into a criminal matter if they fail to show, she added.

The department posted a press release in September stating it would never call anyone demanding money or threatening them with jail time as outstanding warrants cannot be resolved over the phone.

Other common scams include calls, text messages, and emails about problems with the recipient’s computer asking for remote access, charity scams asking for payment to fake organizations, another demanding fines for filing for unemployment, and those involving stimulus checks asking for money or personal information, according to Baggs.

“The bottom line is to say no if it doesn’t feel right to you,” the sheriff’s department press release reads. “Trust your gut especially if it sounds too good to be true.”

Those who believe they have received a scam call or text can report it to their local police department or to the Better Business Bureau.

“After investigating fraud cases and identifying a suspect, we submit the case to the district attorney’s office for a criminal filing and work with them to obtain a successful prosecution,” Riverside County Sheriff’s Department Sgt. Deirdre Vickers told The Epoch Times in an email.

“Scammers constantly refresh the nature of the scams, making them difficult to consistently spot,” McKenzie said. “As detection has improved, so have the methods used by scammers.”

An example of a more convincing scam is when a victim might receive an email from a bank or company describing money being deposited into their bank accounts by mistake, which is then followed by a phone call—supposedly from that bank or company—to give credibility to the scam.

“People should never give money over to a stranger,” McKenzie said. “Moreover, no legitimate government agency or business will ask for your banking information, social security card number, or the like.”

McKenzie also said elderly victims are more likely to become victims of scams. Those that suspect a person over the age of 60 is being victimized, should report it to Adult Protective Services.

According to the Federal Trade Commission, there were 2.8 billion cases of fraud reported and $5.8 billion lost in 2021 alone—a more than 70 percent increase over the previous year.