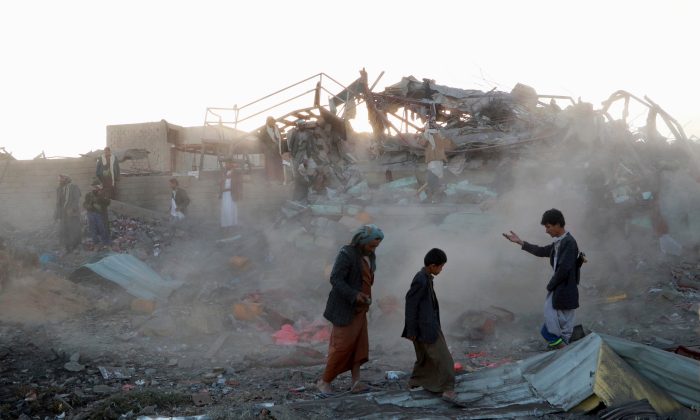 People walk at the site of an air strike in the northwestern city of Saada, Yemen on Nov. 1, 2017. (REUTERS/Naif Rahma)
Middle East

On Wednesday, medics and a Reuters witness said an air strike carried out by the coalition killed 26 people at a hotel and an adjoining market.

The attack, which struck the Sahar district of the vast territory that borders Saudi Arabia, demolished the budget hotel and reduced market stalls outside to a heap of twisted sheet metal.

The coalition statement reviewed the incident and quoted its spokesman as saying the target was the gathering point for some armed Houthi militants.

The military alliance led by Saudi Arabia has launched thousands of air strikes against Yemen’s armed Houthi movement, which hails from Saadah and now controls much of the country.