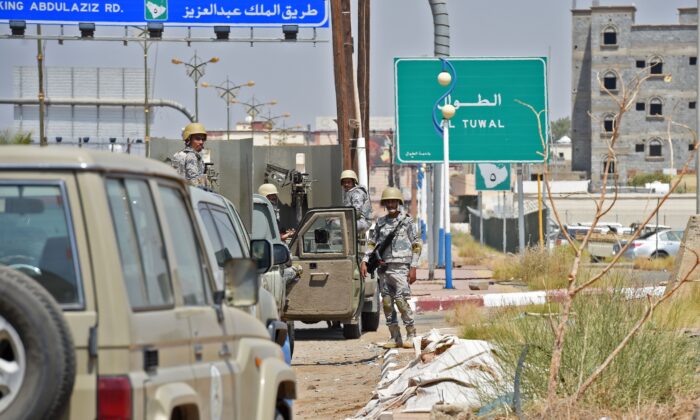 In a statement, the coalition added the latest escalation included ballistic missiles, drones, and cruise missiles. It also said it is detecting and monitoring drones in the sky and intercepted a ballistic missile that aimed at targeting civilians in Jizan.

Saudi state news agency (SPA) said one attack targeted a water desalination plant in the city of Al-Shaqeeq, an Aramco facility in Jizan, a power station in the southern Dhahran al Janub city, and a gas facility in Khamis Mushait.

Yemen’s coalition government, who the Houthi rebels have been fighting to overthrow since 2015, said the latest Houthi escalation by targeting economic and civil facilities was a response to a Gulf call for talks.

On Wednesday, the Houthis said they would welcome talks with the Saudi-led coalition if the venue is a neutral country, including some Gulf states, and that the priority is lifting “arbitrary” restrictions on Yemeni ports and Sanaa airport.

State media posted images and videos of the damage caused by the attacks.