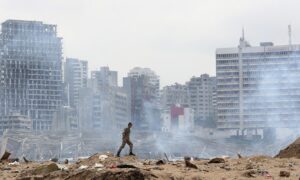 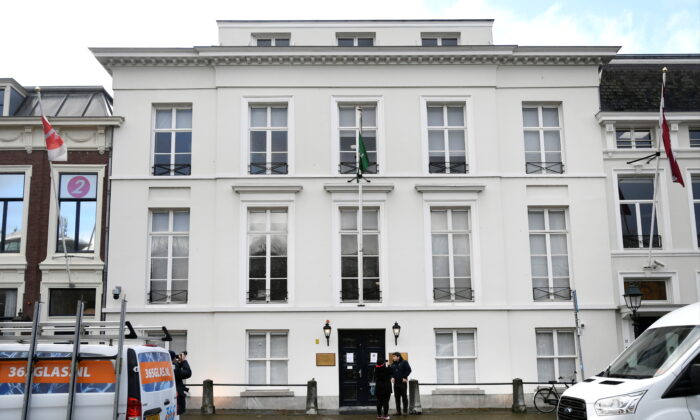 The exterior of the Embassy of Saudi Arabia is pictured after unidentified assailants sprayed it with gunfire, in The Hague, Netherlands Nov. 12, 2020. (Piroschka van de Wouw/Reuters)
Europe

Saudi Embassy in the Hague Sprayed With Gunfire, No Injuries

AMSTERDAM—Unidentified assailants sprayed the embassy of Saudi Arabia in the Netherlands with gunfire before dawn on Thursday, police said. No one was hurt in the incident.

Dutch police said there had been no arrests after the building was hit just before 6 a.m. (0500GMT). Images on Dutch television showed casings scattered on the street and bullet holes in the windows.

A police spokesman said the motive was under investigation and it was unclear who might have been responsible.

In a statement, the embassy condemned the “cowardly attack” and urged Saudi citizens in the Netherlands to be on high alert and to exercise caution.

The incident occurred a day after an explosion at a World War One remembrance ceremony involving foreign embassies in the Saudi city of Jeddah, which wounded several people.

The explosion was the second security incident to take place in the Red Sea port city in the last couple of weeks, and the first apparent bomb attack targeting foreigners in the conservative kingdom.