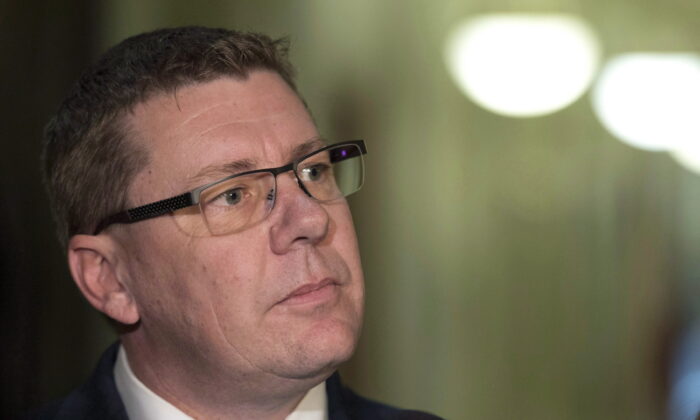 Saskatchewan Not Imposing Additional COVID-19 Restrictions Ahead of Holidays

Saskatchewan Premier Scott Moe says he won’t impose additional restrictions, unlike other provinces, as the new Omicron variant has been mild and his province’s COVID-related hospitalization numbers have dropped.

“So far, Omicron cases around the world have been milder than earlier strains of COVID. That has also been the case here in Saskatchewan,” Moe said in a video posted on Twitter on Dec. 23.

“Even with new cases on the rise, COVID-related hospitalizations continue to drop and are now at their lowest level since August.”

But the premier said his government is still tracking the situation very closely and hasn’t ruled out the possibility of introducing additional measures around large gathering sizes next week.

Saskatchewan is the only province this week not to introduce new public health measures as the country faces increasing cases of the highly transmissible Omicron variant.

It is also the only jurisdiction currently without capacity limits at businesses or gathering limits in homes, whereas provinces such as Ontario, Quebec, and British Columbia had been announcing stricter versions since last week.

As of Dec. 23, Saskatchewan saw 194 new COVID-19 cases, and 87 hospitalized—down four from the previous day—including 29 patients admitted to the intensive care unit.

“Case counts are definitely rising and they will continue to rise in the days ahead. However, if serious cases and hospitalizations remain low and manageable, we do not want to go back to shutting down activities, restricting businesses in our communities, and taking away your personal freedoms,” Moe said.

Moe also urged Saskatchewan residents to get booster shots and pick up rapid testing kits to test themselves regularly over the holiday season.

“We should be concerned about Omicron but not panicked,” he said.