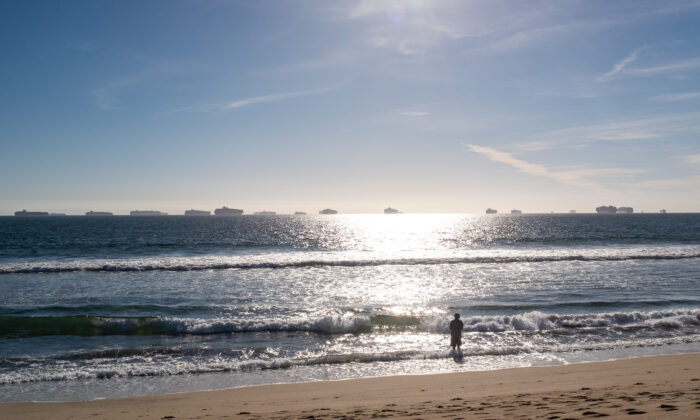 Sand Replenishment for California Beaches to Start in 2024: Officials

A project to replenish sand along the coastline in Huntington Beach and Newport Beach is expected to start in 2024, local officials announced Aug. 16.

The project was made possible after Rep. Michelle Steel (R-Huntington Beach) helped secure $15.5 million from Congress for the project.

Steel was joined by local officials and the representatives of the Army Corps of Engineers Tuesday at a press conference on the Balboa Pier in Newport Beach to announce the work.

“For more than a decade this has been a top priority for me and our local community, and I’m proud to deliver this much-needed support for Orange County,” Steel said in a statement. “Our beaches are our lifeblood, and this project will ensure the safety of our communities and the health of our coastline for generations to come.”

Engineers from the U.S. Army will use the funds to unload 1.7 million cubic yards of sand onto Sunset-Surfside beach in Huntington Beach, and with the help of ocean currents the sand will distribute south toward Newport Beach.

In 2020, waves known as the “King Tide” overpowered the coastline due to erosion and flooded a Newport Beach neighborhood.

Streets were drenched with over a foot of water. A sailboat washed ashore and parking lots also flooded from incoming waves.

Steel said the sand replenishment is long overdue, saying the last project to restore beaches was over a decade ago. According to the state’s website, that project was completed in June 2008.

“In a few short years, the additional sand from this replenishment project will help enhance our waterfront and protect against flooding of Peninsula homes and businesses,” Newport Beach Mayor Kevin Muldoon said during Tuesday’s gathering.

“The sand replenishment project is more than just preserving coastal space for recreation, it is important in preventing flooding and other infrastructure damages caused by eroded shorelines,” Orange County Supervisor Andrew Do said in a statement.

Newport Beach Councilwoman Diane Dixon said, “this is a critical project for the long-term environmental and economic health of the Newport Beach waterfront.”

Orange County beaches’ erosion dates back to a federal project in the 1940s to widen Anaheim Bay and build breakwaters and jetties for new military bases. The project—along with other flood control measures taken to protect the Los Angeles and Long Beach harbors—created narrowed beaches along the coastline that can cause extreme erosion.

In 1964, the federal government took action to combat the erosion, providing 67 percent of the funding in each stage of repair while local communities shouldered the other 33 percent.

After 10 stages in 1995, the Army Corps of Engineers “abandoned” their responsibilities to Orange County and stopped budgeting, leaving the community on the hook for high repair costs and high flood risk, according to Steel.