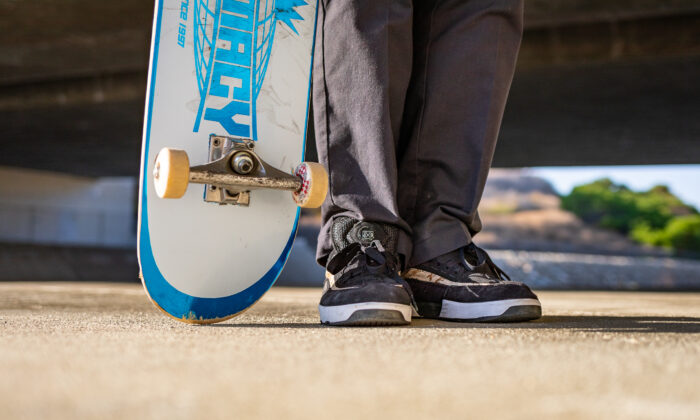 “I really want to thank the community,” Mayor Derek Reeve said during the April 5 meeting. “This would not have happened without your participation. Your government is critical to make things like this happen, so I would give all of yourselves a round of applause.”

Reeve, who has been serving on the city council for 12 years, said called the comment forum, which lasted over an hour, “one of the most enriching” forums he had ever witnessed.

“Your comments were really valuable, worthwhile, and memorable,” he said.

During the hour-long public comments section, Brandon Phillips, founder of Vert Performance, a Dana Point-based coaching program for youth in surfing and skateboarding founded in 2014, highlighted the sport’s popularity and its high-ranked viewership in recent Olympic games.

“I guarantee that if we build a skatepark, and it is ready to go by winter 2022–2023, there will be a future Olympian, maybe in this room, maybe from San Juan [Capistrano], at the biggest stage on Earth in Los Angeles,” Phillips said, referring to the Olympics set to take place in Los Angeles in 2028.

Since 2007, various stakeholder groups conducted workshops, design reviews, and fundraising efforts to break ground in the city bringing a facility for local skaters to enjoy.

Last year, city officials selected Grindline Skateparks, Inc., a Seattle-based concrete skatepark design and construction company, to draft up a plan and budget for a skatepark to be located on the 28-acre city-owned Kinoshita Farm property.

“This park was definitely designed with an emphasis on beginner and intermediate skills levels,” Matt Fluegee, Grindline’s senior project manager, said during the meeting. “And more specifically, the local youth community.”

The 20,000-foot all-wheel skatepark includes a blend of street features like an iconic backyard-style pool bowl called “Haunted Hole” and plenty of curbs and railings for skaters to grind and boardslide.

Another major feature the skatepark includes is a competition-like flow bowl which resembles a big, open basin that gives beginners an easy introduction to bowl-skating, allowing them to cruise around a shallow dip in the concrete without having to drop into a deeper bowl.

“They can start in the flat bottom, roll around, and hone their skills that way,” Fluegge said.

The project, which will be adjacent to the city’s Sport Park Complex, also includes a playground structure, restrooms, and shaded seating areas connected to a multi-use public trail.

Peter Carey, president of San Juan Capistrano Skatepark Coalition, has been advocating, fundraising, and hosting “skate jams” for the city to build a skatepark since 2007.

Carey, a lifelong resident of San Juan Capistrano, said he and the coalition are excited to see the skatepark built and become a place for future generations to enjoy.

Although the project’s contract still needs approval, construction could start as early as June with a completion date scheduled at the beginning of 2023.

“Finally, the youth of San Juan Capistrano is getting a win here,” he said.