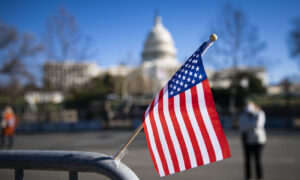 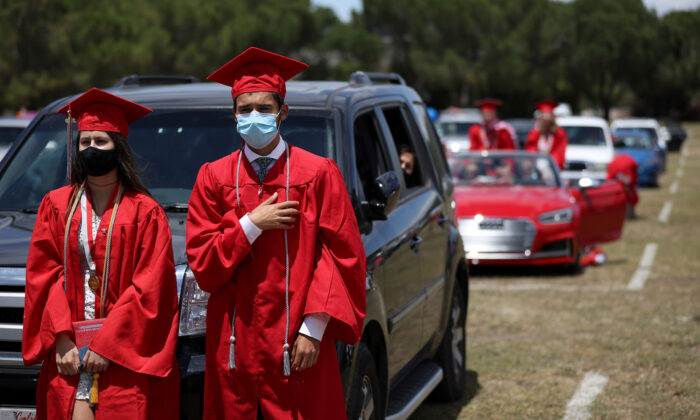 The San Francisco Unified School District (SFUSD) is reportedly planning to send high school seniors back to school for just one day, so that the city might qualify for $12 million in state reopening funds.

The state of California is offering a total of $2 billion to encourage public school districts to reopen for in-person instruction. To get their full share of the incentive funding, districts must reopen all elementary schools and at least a single grade spanning middle and high schools.

Districts could access the maximum amount of funding—$17 million for SFUSD—if they opened by April 1. For each day the district fails to meet the minimum requirements, it loses 1 percent of the funds it would have received, and will not get any money after May 15.

Under a deal between the district and its teacher’s union, the United Educators-San Francisco (UESF), high school seniors would be brought back “for at least one day before the end of the school year,” starting on May 14, just one day shy of the May 15 deadline.

According to the terms of the agreement, obtained by the San Francisco Chronicle, those high school seniors would be receiving “in-person supervision” rather than in-person instruction.

The students would arrive in cohorts on just two selected school sites, according to the plan, reported the Chronicle. Each cohort of students would have either two teachers or staff engaging them in “end of high school conversations” or “college and career exploration.”

“UESF brought the initial proposal to SFUSD so that our current graduating seniors would have the opportunity to spend some time in-person on campus with teachers and their peers during their last few weeks of high school as they say goodbye to classmates and prepare for graduation and the next chapter of their lives,” UESF president Susan Solomon told the Chronicle.

Assemblyman Phil Ting, a San Francisco Democrat who sponsored the bill establishing California’s incentive to reopen schools, called San Francisco’s attempt a violation of the spirit of his bill.

“Instead of reopening schools for their students’ academic & overall well-being, [SFUSD] is bringing back high school seniors for only 1 day, violating the spirit of my bill,” Ting wrote on Twitter. “We must let the distance learning waiver expire 6/30 because districts continue to act irresponsibly with the flexibility given by the state.”

The plan was also met with criticism by parent-led groups, including Decreasing the Distance, that have been pushing for a full reopening.

“What message does this give our kids about what they are worth and how adults take care of our vulnerable populations, including kids? Does this show them that they matter, or just that the money matters?” the group told the Chronicle. “One senior told us she wants to return, but not like this. Her reaction: ‘It’s too little too late. School’s over.'”