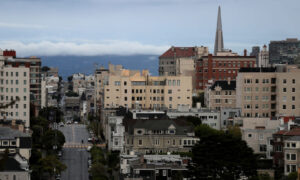 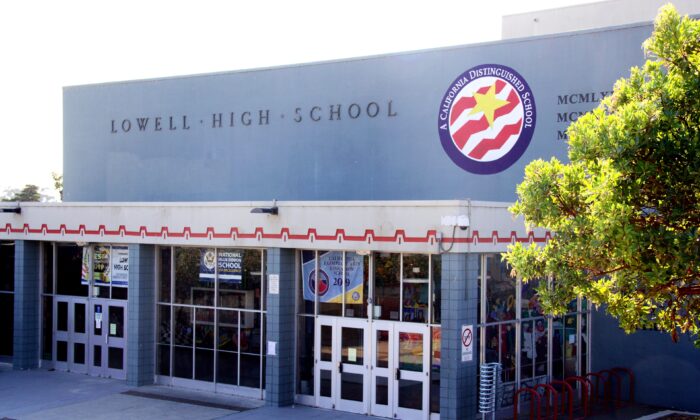 San Francisco School Board Does Away With Merit-Based Admissions

SAN FRANCISCO—Schools in San Francisco are taking away the option of merit-based admission to high schools this year in favor of a lottery system, since merit-based grading has been halted amid COVID-19.

Students are getting a pass or fail grade—whether one is an A-student or a D-student, it’s simply a “pass.” That’s making high-achieving Lowell High School hard put to admit new students based on academic achievement.

Some parents feel this is a good opportunity to shake things up—you’ll have students who wouldn’t usually get into Lowell now entering the school and having access to a high-level education. You’ll have students who would usually go to Lowell entering other schools instead, dispersing high-achieving students throughout district instead of having them concentrated in one place.

On the other hand, some are concerned that letting in a new cohort whose academic achievements are below the average at Lowell will make those students feel out of place, and also fundamentally change this school that has been a gold standard since its founding in 1856.

Samuel Lawrence, a junior at Lowell, told The Epoch Times he has three to four times the amount of homework his younger brother gets at a different high school in the city. He thinks the incoming class, selected by lottery and perhaps not as prepared for the rigor, would have trouble keeping up.

His mother, Sarah Lawrence, said she wonders whether the teachers will have to change their curriculum for the new students. She thinks it’s unfair to make the teachers do that.

The San Francisco Board of Education made the decision in October to do away with merit-based admissions temporarily, but some say schools like Lowell should still find a way to admit based on merit.

Looking at previous years’ grades or having applicants write essays were among the suggestions given during a public comment period at the Oct. 20 school board meeting where the decision was made.

The San Francisco Board of Education manages only one school district, the San Francisco United School District (SFUSD). There are over 100 schools in that district, with over a dozen high schools, including Lowell.

While the current decision is temporary—SFUSD spokesperson Laura Dudnick told The Epoch Times it’s only for one year, in response to the COVID pass-fail grading system—supporters of the lottery system call for keeping it in place for the sake of creating diversity in schools.

Protesters have gathered weekly in front of the district’s headquarters, organized by the Chinese American Democratic Club. They say it’s unfair to take opportunities away from students who work hard to achieve merit-based admission. They also oppose the broader push for the controversial affirmative action (giving preference to people considered disadvantaged) that’s come up in the conversation about moving away from merit-based admission.

Seeyew Mo, executive director of Families for San Francisco, said that some parents in his organization are unhappy with the board’s decision. But he understands that all parents want what’s best.

“There are supporters for merit-based admissions. [And] there are those for [a] lottery-based system. All parents are for excellence in education,” he told The Epoch Times.

Many parents felt shut out during the board’s decision-making process, he said. “The process itself is very broken and there was no proper parent input.”

At the board meeting on Oct. 20 where all seven members voted in favor of lottery admissions, there was a public comment period.

Some felt it was rushed, with the community being told about it 11 days before the vote.

“The passion around the situation had more to do with the process than the actual decision,” Tiffany Abuan, president of the Lowell Parent Teacher Student Association, told The Epoch Times.

The association remains neutral on policies, she said, but they were concerned that the board may not have considered alternatives. The association would like to see more community input and discussion around decisions in the future.

Although the decision is for a one-year change, Abuan noted that some board members expressed a desire to make it permanent.

SFUSD’s Dudnick said the policy change took place on the short timeline it did because they had to “meet the timeline for the fall enrollment process.”

At the meeting, board member Jenny Lam proposed an amendment to create a task force on behalf of stakeholders. But the amendment was ultimately withdrawn.

During the public comment period, Diane, a Lowell graduate from the class of 1978, said “It’s way past time that we have only one high-performing public high school [in San Francisco].” She was among those who would like to see more diversity in the district’s schools and a dispersion of high-achieving students.

Others mentioned they had felt pressure and discrimination from students and teachers at Lowell and they believe the lottery system would bring more ethnic diversity. Lowell has a 51.5 percent Asian and 17.7 white demographic, according to the school’s 2018–19 accountability report (pdf).

Meeting attendee Michael Roosevelt said people at the school act differently, as if they’re not part of SFUSD. Roosevelt said we should “make sure that people refer to Lowell as part of the SFUSD system and not apart from the system.”

Other attendees said a lottery system isn’t fair to students who work hard to get into Lowell. “I’ve never heard of a college or a large company that held a lottery for a job opening for the sake of diversity,” said Yonathan, an attendee.

Stephen Martin-Pinto, who graduated from Lowell in 1996, told The Epoch Times, “If you send a kid to Lowell who’s not prepared for the curriculum, he’s going to fail. He’s not going to do very well—it’s going to be discouraging to him. … We’re basically putting an end to our magnet school. This is our magnet school, and we’re destroying it in the name of political correctness.”

The lottery is not totally random. It uses an “assignment algorithm” that gives preference to students in the following order: siblings of students already at the school; graduates from Willie L. Brown, Jr. middle school (this preference is intended to give its students a hand up, as it’s a low-rated middle school with a high black and Hispanic student population); and children living in areas with the lowest average test scores.

These preferences are outlined in Board Policy P5101, which is what Lowell is now following.

That policy’s stated mandate is to meet “longtime desegregation goals of reducing racial isolation and improving educational opportunities and outcomes for all students.”

Dudnick from SFUSD said, “With Lowell, just as with all our high schools, we’re committed to academic rigor and equitable access.”

Though this policy is in place for one year due to COVID-related grading changes, given the discussions about diversity at the meeting, a push to extend the change may carry through to future academic years. In California’s colleges and public workplaces, the issue of diversity is also much-debated.

Its proponents said it would level the playing field for disadvantaged groups by giving some minorities and women preference for employment and college admissions. Its opponents said it would be unfair to those who work hard to earn those spots based on merit and that it’s discriminatory to consider race or gender.

Correction: A previous version of this article understated the number of schools in the San Francisco Unified School District. The district has over 100 schools, which includes over a dozen high schools. The Epoch Times regrets the error.