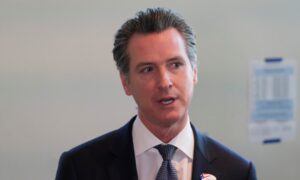 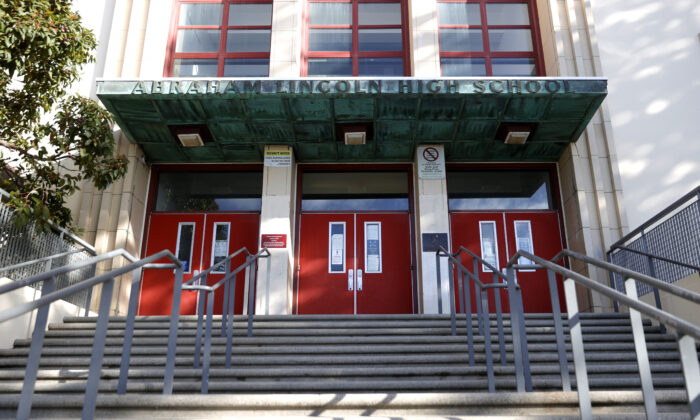 The San Francisco Unified Board of Education on Tuesday night voted to rename 44 schools.

The vote was 6-1, with member Kevine Boggess voting no.

It means a slew of schools will be renamed, including Abraham Lincoln High School, Herbert Hoover Middle School, and Dianne Feinstein Elementary School.

“It’s a message to our families, our students and our community,” said board member Mark Sanchez. “It’s not just symbolic. It’s a moral message.”

Boggess didn’t return an inquiry on his vote. He told the meeting that he took issue with replacing the names with the names of other people.

The district “should not make heroes out of mortal folks,” he said. “I think we need to examine our naming policies across the district and really consider how the way we go about naming schools reflects our true values.”

Callers were divided on the renaming.

The cost of the renaming is not clear, but could reach $1 million, according to the San Francisco Chronicle.

The district in 2018 adopted a resolution saying it was committed “to changing names of schools named for historical figures who engaged in the subjugation and enslavement of human beings; or who oppressed women, inhibiting societal progress; or whose actions led to genocide; or who otherwise significantly diminished the opportunities of those amongst us to the right to life, liberty, and the pursuit of happiness.”

San Francisco Mayor London Breed, a Democrat, was among critics of the effort. In a statement last year, she said focusing on renaming schools amid the COVID-19 pandemic “is offensive to parents who are juggling their children’s daily-at-home learning schedules with doing their own jobs and maintaining their sanity.”

The school board and the district should first focus on reopening classrooms, she added.

Families for San Francisco said in a recent analysis that the work done on the proposal to rename schools was “deeply flawed” in part because the School Names Advisory Committee “was not guided or informed by professional historians or any other parties with the historical expertise required.”

“San Francisco can’t figure out how to safely open schools. But they have the time and energy to cancel Abraham Lincoln,” Sen. Tom Cotton (R-Ark.) wrote in a tweet.

“In my view, the liberal school board in San Francisco—who believes naming schools after Abraham Lincoln and George Washington is something to be embarrassed about—are Exhibit A in crazy cancel culture,” added Sen. Lindsey Graham (R-S.C.). “There will be a major backlash throughout this country against radical liberals who despise our country and those historical figures who founded our nation and saved our union.”