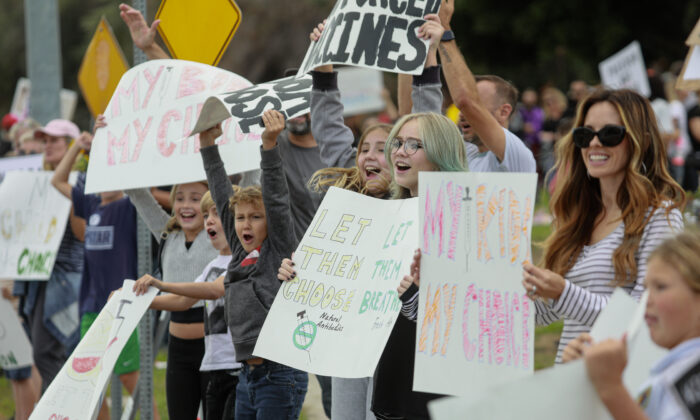 SAN DIEGO—The San Diego Unified School District Board of Education will consider Dec. 14 adopting new a set of rules for debates and public comment periods at its board meetings in response to what officials say is a rise in hate speech and unruly behavior at public meetings.

The board will consider the Code of Civil Discourse, authored by the National Conflict Resolution Center, “as a guide for facilitating civil, respectful discussions of opposing views during public meetings.”

“It’s so important for every public agency to model civility and respect at this point in our nation’s history, but school boards need to always remember that the way we conduct ourselves sets a model for our students,” San Diego Unified School Board President Richard Barrera said in a statement.

According to a district statement, hate speech and disorderly conduct at public meetings have become a major problem for local government bodies nationwide—and it has reduced public officials’ ability to do their jobs and serve their communities effectively.

Last month, the county Board of Supervisors approved the same code.

The change for that body added a series of policies, including:

—Limiting public comment to one minute per person if there are more than 10 individuals wishing to comment, under the Brown Act;

—Adopting a consent calendar for routine or administrative items for which debate is not anticipated;

—Reading a statement on the county’s policy regarding discrimination and harassment into the record during the meeting;

—Prohibiting disruptive conduct, including but not limited to loud or threatening language, whistling, clapping, stamping of feet, speaking over or interrupting the recognized speaker;

—Creating parameters for group presentations allowing them only to be given for land use or adjudicatory matters as well as a maximum time period of four minutes for individual members of each group within the 10-minute maximum;

—Asking members of the public to bring their own technology to provide presentations; and

—Codifying continued allowance of remote participation by the public to participate in board meetings.

Earlier this year, NCRC partnered with UC San Diego to form the Applied Research Center for Civility, the nation’s first-ever research center “dedicated to conflict resolution, civility and bridging political divides,” according to a statement from the center.