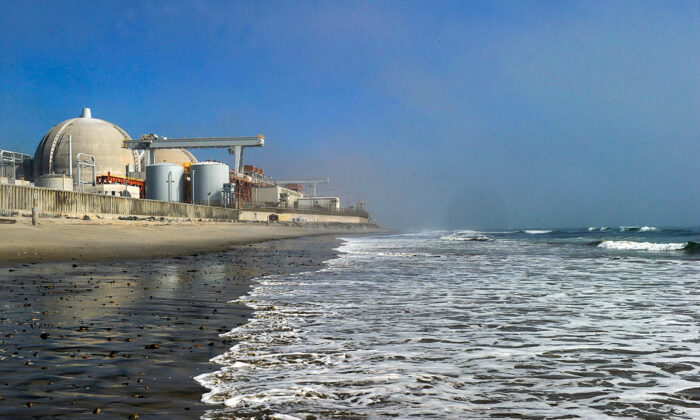 “We don’t consent to having it here,” Mayor Pro Tem Chris Duncan said during a March 15 council meeting. “We can’t force them [the Department of Energy] to take it away, but we can go on the record and say, ‘we’re not happy with this. Move the process along, and find a community willing to consent to taking it, and move expeditiously.’”

Citing concerns over the resolution’s language that could potentially put the city in charge of the inspection of nuclear waste sites or natural disasters causing a leak or damages to the canisters, city officials unanimously agreed at the meeting to revise and table the resolution for two weeks.

The Department of Energy restarted a program last year that would identify communities across the country willing to store the nation’s spent nuclear fuel.

“And yet we are [now a depository],” said Duncan, since officials of the plant already stored 3.6 million pounds of high-level radioactive waste in canisters approximately 100 feet off the city’s shore.

Calling the energy department’s lag in removing the waste a “failure,” Duncan also serves as a member of the power plant’s Community Engagement Panel, which consists of a group of local officials that meets quarterly to inform the community about the plant’s decommissioning process.

“It’s one of the major dangers of southern California,” Knoblock said during the meeting. “I’d like to see something done, and I’m really sorry that the government’s been dragging their feet on this for over 40 years.”

Forty years ago, U.S. Congress assigned the energy department to create an underground repository for nuclear waste as a result of the Nuclear Waste Policy Act of 1982.

In 2013, Southern California Edison permanently decommissioned the San Onofre plant and has since distributed a three-volume set of plans to relocate 123 canisters of spent nuclear dried fuel offsite.

The canisters, or fuel rods, stand about 12 feet tall and 5 inches in diameter, holding 300 million pellets of uranium, plutonium, and other radio nuclei about the size of almonds.

Residents expressed concerns over public safety as the plant is located within 10 miles of San Clemente’s approximately 65,000 population.

“This is a historic moment [and] by far the most important issue that’s ever come before San Clemente City Council’s history,” a resident said during the public comments. “It’s a major issue across the country. It’s an issue here, and people are finally starting to realize that we are the home of a nuclear waste dump.”

According to the resolution, the spent nuclear fuel creates concern because accidental leaks are possible and can result in “[harm] and imperilment to public safety.”

Not to mention those storage sites may also be the target of acts of terrorism, the resolution stated.

Manuel Camargo, Edison’s principal manager of decommissioning for the San Onofre plant, said at the meeting that the spent fuel sits in a solid state and could not melt without operating reactors.

“Even with a hypothesized through-wall crack of a canister, there is no threat of accidental leaks, and we should all take comfort in that,” Camargo said. “As for the [U.S. Nuclear Regulatory Commission], right now with all that spent fuel and dry storage, there are zero incidents that result in an offsite release of radiological material—not even here in neighboring San Clemente.”

Camargo said if a repository were immediately available, it would take about a year to transfer the material from the current site.

The Department of Energy is currently building a train to transport the spent fuel, most of which already qualifies for movement.

City officials will meet again on April 5 to possibly adopt the resolution.