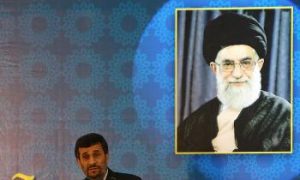 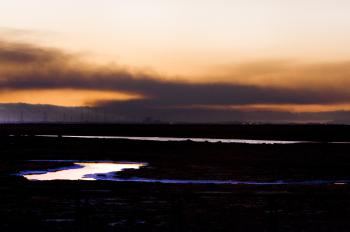 Dean Tsaggaris
View profile
Follow
biggersmaller
Print
SAN FRANCISCO—An explosion of an underground natural gas line in San Bruno, California Thursday evening resulted in a raging inferno which engulfed dozens of homes and claimed four lives. At least 50 people have been hospitalized, with three of them in critical condition after suffering severe burns over most of their bodies.

The epicenter of the explosion is less than three miles away from the San Francisco International Airport prompting some area residents to mistakenly believe that an airplane had crashed nearby. The Pacific Gas and Electric Company (PG&E), which operates the network of gas lines supplying the area, confirmed on their website that a 30-inch steel gas transmission pipeline had been damaged during the blast. Gas and electric service had been cut off to the area afterwards as a precaution to allow first responders to safely battle the fire.

According to California Lt. Gov. Abel Maldonado, speaking at a press conference Friday morning, the fire is 75 percent contained, and has so far destroyed 38 structures over a 15-acre area. He stated, “We know that a natural gas line ruptured yesterday around 6:24 p.m., but we don't know what caused it, or what happened; we will find out soon.”

Authorities deployed 67 pieces of fire apparatus Thursday night to combat the blaze, including multiple fire engines, four air tankers, and a helicopter. 12 canines were also on sight Friday morning to search for additional survivors or victims of the tragedy. The Federal Emergency Management Agency (FEMA) approved a fire management assistant grant to help pay for the fire fight.

San Bruno city manager Connie Jackson proclaimed the city's resolve to recover from the event: “The mayor said that there is a dark cloud over San Bruno; unfortunately that's true. But San Bruno is not only a wonderful community it is a strong and resilient community.” Jackson explained that an assistance center was being established to aid local residents affected by the fire.