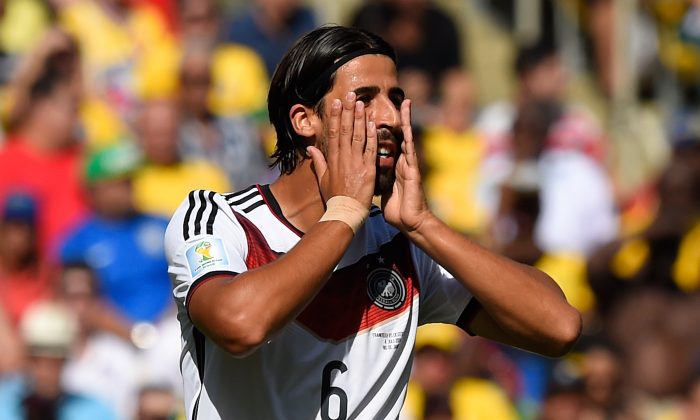 Sami Khedira could be moving to Arsenal if manager Arsene Wenger gets his way.

According to the Mirror, Wenger is set to bring in either Khedira or Southampton’s Morgan Schneiderlin as he seeks to add some defensive steel to his midfield.

Of the two, Schneiderlin seems the more likely to leave, as the 24-year-old French international won’t commit to Southampton unless the club reinvests the money they got from making big sales in players.

So far, the Saints’ management doesn’t seem to be embarking on a spending spree, and if they don’t act quickly, Schneiderlin could very well demand a move to Arsenal.

Meanwhile, Khedira only has a year left on his contract at Real Madrid, and has played well for Germany at the World Cup so far.

Arsenal are expected to folk out about £18 million ($30.8 million) for the 27-year-old defensive midfielder.