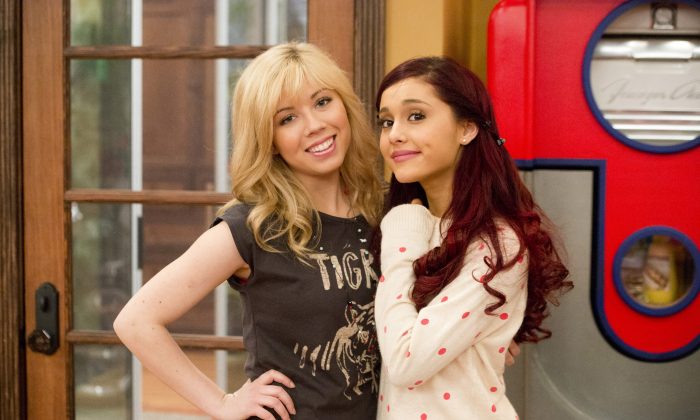 Sam & Cat will not be renewed for a season 2, Nickelodeon announced in promotions for episode 36 of season 1.

“Nickelodeon will not be producing more episodes of Sam & Cat,” the network said in a statement. “We are very proud of the show and its very talented cast and we wish them all the best.”

Things took a strange turn when revealing photos of Jennett McCurdy leaked online, kicking off behind-the-scenes drama that seems to have led to the cancellation.

Other parts of the drama reportedly including McCurdy being upset that she wasn’t making as much as Ariana Grande, and both actresses showing up late for production. Grande had become busier with her music career.

The show was such a success that the first season was extended from 20 to 40 episodes but that may have been too much, causing some of the drama.

The show brought together the popular characters Sam Puckett (McCurdy) from iCarly and Cat Valentine (Grande) from Victorius. It was the highest-rated series for the network.

Promotions indicate that episode 36, which will air on Thursday, July 17 at 7:30 p.m. will be the last episode.

A representative of the network had previously insisted to Fox News that despite a production break the show would return for a season 2.

“We are wrapping up what was an unusually long production cycle of ‘Sam & Cat,’ and everyone is understandably tired,” the network said in a statement. “We are going into our production hiatus next week which will give everyone on the show a much needed rest.”

But Deadline was among the outlets to report that the show was put on “permanent hiatus” a few episodes early, with everyone on the crew let go except for those working in post-production.

“As Sam & Cat is wrapping production on its 40-episode first season, there is no word on Season 2—a very unusual development for such a successful series,” it reported. “There has been talk about discord on the set, with emotions running high and McCurdy and Grande sometimes showing up late. The grueling, 40-episode shoot has been taxing on everyone.”

“Additionally, McCurdy had been going through a difficult time in her personal life for the past six months and recently had to deal with the leak of racy photos, while Grande’s music career has taken off a big time. Both have been at Nickelodeon for a long time, McCurdy for more than seven years and Grande for more than four. Both are entering adulthood, and word is both feel constrained at kids-focused Nickelodeon and are ready to move on.”