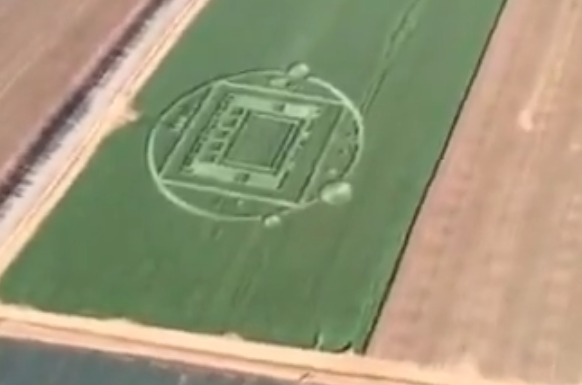 An elaborate crop circle appeared suddenly in a field in Salinas, California, prompting locals to wonder how it got there.

Security guards were stationed outside the property about six miles southeast of downtown.

They said they couldn’t identify their client, only that the had been hired so the area wouldn’t “become a circus,” reported the Monterey Herald.

The Herald claims the circle is some kind of “hoax.”

Julie Belanger, who shot the aerial video, told KSBW that “It was beautiful, quite beautiful.”

“I believe it’s possible that aliens exist, but I don’t know if they would bother making a crop circle to give us a message,” she said.