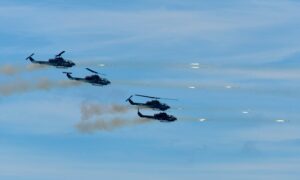 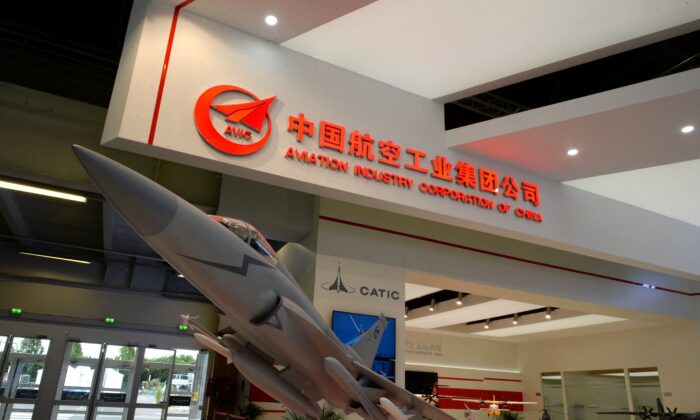 The logo of the Aviation Industry Corporation of China (AVIC) is seen during the International Paris Air Show in Le Bourget on June 25, 2017. (Eric Piermont/AFP via Getty Images)
China Business & Economy

STOCKHOLM—Arms sales by the Chinese regime’s four biggest companies in the sector rose by 4.8 percent in 2019 compared with 2018 to $56.7 billion, a leading conflict and armaments think tank said on Monday.

Sweden-based Stockholm International Peace Research Institute (SIPRI) said it had included data on Chinese companies for the first time in its annual ranking of the world’s 25 largest arms manufacturing companies.

China is considered more of a potential threat militarily than in the past by many Western countries. A report on reforming NATO said last week the Atlantic alliance must think harder about how to handle China and its military rise.

SIPRI said on Monday that overall arms sales by the 25 companies in its ranking rose by 8.5 percent in 2019 to $361 billion. The top five companies were all from the United States—Lockheed Martin, Boeing, Northrop Grumman, Raytheon, and General Dynamics, with combined arms sales of $166 billion.

The think tank has previously not included Chinese companies in its ranking due to what it has said was a lack of reliable data.