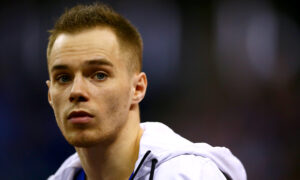 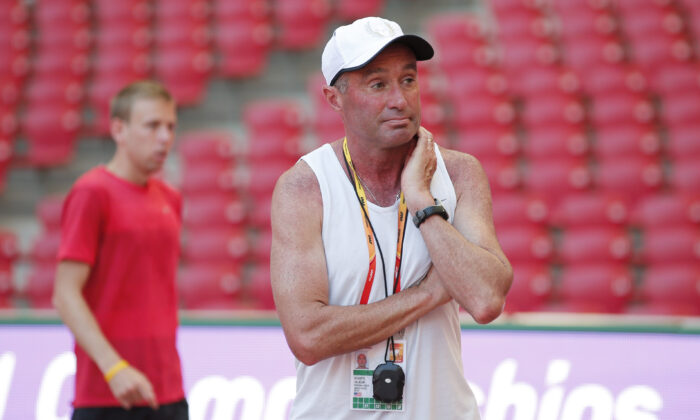 Coach Alberto Salazar stands in front of Galen Rupp of the USA at the World Athletics Championships in Beijing on Aug. 21, 2015. (Phil Noble/Reuters)
Sports News

American Alberto Salazar, who has coached some of the world’s top long-distance runners, had his four-year suspension for a series of anti-doping rule violations upheld by the highest court in sport.

The 63-year-old, who guided Britain’s Mo Farah to Olympic titles, was banned by the U.S. Anti-Doping Agency (USADA) in 2019 for “orchestrating and facilitating” doping as head coach of the Nike Oregon Project, an elite camp designed primarily to develop U.S. endurance athletes.

The Court of Arbitration for Sport (CAS) said in a statement on Thursday it had upheld the ban on Salazar as well as that on endocrinologist Jeffrey Brown, who worked alongside him.

Salazar was found guilty of possessing testosterone, complicity in Brown’s administration of a prohibited method, and tampering with the doping control process, CAS said.

Brown was found guilty of complicity in Salazar’s possession of testosterone, trafficking testosterone to Salazar, administration of a prohibited method, and tampering with the doping control process.

However, the court rejected USADA’s appeal to increase the bans on Salazar and Brown beyond four years and criticized its handling of the case, calling it “out of proportion and excessive.”

“The relief requested by Dr. Brown/Mr. Salazar, on one hand, and by USADA, on the other hand, in their respective appeals has been rejected,” CAS said.

“None of the ADRVs [anti-doping rule violations] directly affected athletic competition, and … there was no evidence put before the CAS as to any effect on athletes competing at the elite level.”

USADA investigated Salazar for four years and concluded that he had trafficked testosterone to multiple athletes. The agency also said he tampered or attempted to tamper with Nike Oregon Project athletes’ doping control process.

Salazar won three consecutive New York City Marathons from 1980 before coaching a number of Olympians, including Farah, who won gold medals in the 5,000 and 10,000 meters at the 2012 London and 2016 Rio Games.

Farah has never failed a drugs test and has not been accused of any wrongdoing. Salazar stopped coaching Farah in 2017, when the runner decided to move back to England. Farah said at the time that the doping investigation was not the reason they parted ways.