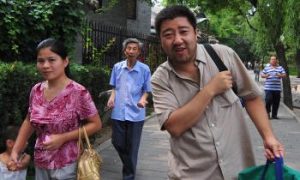 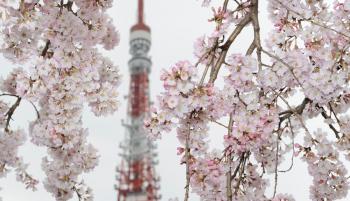 The Tokyo Tower is seen behind cherry blossoms in full bloom in downtown Tokyo on March 28, 2010. (Toru Yamanaka/AFP/Getty Images)
World

Sakura or Self-Restraint in Japan

Print
Sakura, or cherry blossoms, are the beloved harbingers of spring in Japan when millions of people, often taking leave of work or school, pour into parks for traditional “hanami” or flower viewing parties.

Hanami customarily involves picnic food and drinking sake, and hours spent in good cheer watching cherry petals fall. This year however, the trauma of disaster has divided Japanese over how to celebrate spring.

The Japanese government has urged people to adhere to the principle of “jishuku”—voluntary self-restraint—and not hold hanami parties.

"Just because the cherry blossoms are blooming doesn't mean it's time to drink and celebrate," said the governor of Tokyo, Shintaro Ishihara at a press conference March 29. "At the very least people should restrain themselves from viewing under illumination,” he said, according to a report by Japanese daily newspaper Asahi Shimbun.

Signs posted in famous cherry blossom parks urge people to practice jishuku and not eat or drink or use illumination—to conserve power—to view the flowers.

While many Japanese seem to agree that now is not a time for celebration with so many people still struggling to survive, others say that filling one’s senses with the beauty of nature is exactly what is needed at this time.

A 32-year-old woman from Fukushima City said, after seeing one of the signs urging self-restraint, "I think it is good that people enjoy watching cherry blossoms where they can, as people in disaster areas cannot do so even if they want to," according to a report by Kyodo News.

Some also argue that the curtailing of social activities will have a negative effect on the damaged economy and prolong the difficulties from the disasters.

Renho Murata Japan’s minister for Administrative Reforms, who has been urging people to save power said Friday, "Any restrictions by authorities of people's freedom of movement or social activities should be kept to a minimum,” reported Japan’s Mainichi News.

One sake brewer in Iwate Prefecture, whose operations were damaged March 11, made a YouTube video suggesting that people continue to drink sake from local sources so as not to further damage the economy.

"Rather than exercising self-restraint, we would be grateful if people hold cherry blossom viewing parties,” said Kosuke Kuji, executive director of a sake brewery.

Self-restraint is generally seen as a rather more important virtue in Japan than it is in the West—a virtue that’s been credited with helping Japanese better cope with the catastrophes facing them. It was widely reported that rather than loot stores and selfishly stockpile food right after the quake happened, people only purchased what they needed. The lack of chaos at the relief centers, despite great need and despair, also conveys some element of jishuku.

Many concerts and events and have been canceled or scaled back, and many events have donated their proceeds to relief efforts.

In another example of jishuku, the Japanese Automobile Association said it will be seeking the cooperation of industry manufacturers to run their factories on a rotation schedule to help conserve electricity.

On the flip side though, too much restraint may also be complicating some situations as people wait too long to ask for help.

One Japanese psychiatrist, Rika Kayam said, “A lot of people tend to avoid seeking professional help until the very last minute.” She said this is true from everything from financial, and legal issues to health concerns.

In an editorial in The Mainichi Daily, Kayam urged people not to hesitate to ask for professional help.

“I hope more residents in areas hit by the disaster will tell us what kind of assistance they are looking for. It goes without saying that those who were not affected by the earthquake should also be more open to contact professional advisers. Now is the time to stop hesitating,” she wrote.

The Japanese government on Friday said it plans to terminate the scheduled rolling blackouts that were part of Tokyo Electric Power Company’s strategy to save power. The country will deal with its 18.3 million kw power shortage by asking residents for a further show of jishuku and voluntarily reduce their electricity use by 15 to 20 percent during peak usage times. It will also ask large power consumers to curb their power use by about 25 percent during peak hours for three months starting in July.

With reporting by Miwa Nishimura in Tokyo.