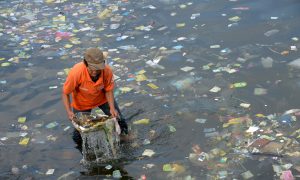 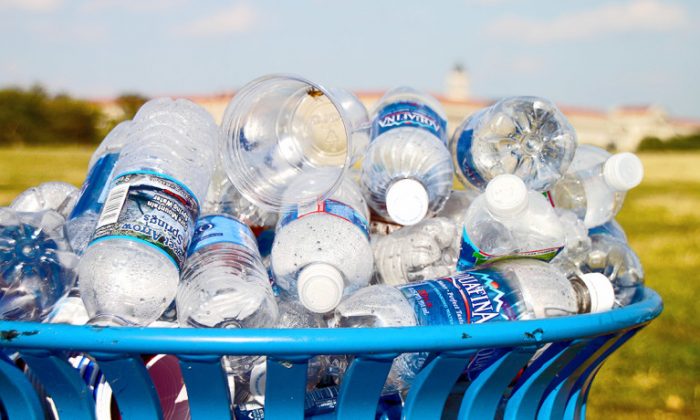 Heavy metals make their way into the plastic products when the metals used as catalysts during production or when recycled plastic is exposed to metals during the reclamation process. (Mr.TinDC/CC BY-ND 2.0)
Environment

Trace amounts of toxic substances used to make plastics don’t contaminate the food or beverages they contain and pose no immediate threat to consumers. That’s the good news.

The bad news is those plastic products may cause health concerns decades after they’ve been used and thrown in the trash bin.

Toxic materials such as heavy metals leach out of the plastic as the products decay over a span of years, creating “end-of-life” problems. If the plastics make their way to a landfill or a body of water, for instance, the heavy metals they contain may pollute drinking water.

Keep It Glassy: 3 Reasons to Ditch Plastic, Even the BPA-Free Stuff

“We found that these metals are in the packaging, but they’re not getting into the food or beverage products,” says Keith Vorst, associate professor of food science and human nutrition at Iowa State University. “But we did turn up end-of-life issues. As the plastic breaks down, the heavy metals can be released.”

For a new study, published in the Journal of Plastic Film and Sheeting, researchers conducted experiments on a range of plastics, exposing them to heat, microwaves, and various pH and acidic levels. The results show the products contained in the plastics are safe for human consumption.

Heavy metals such as lead, mercury, chromium, cadmium, and antimony are the most common concerns. Those metals can cause numerous health problems such as neurological and renal damage in humans exposed to high enough levels.

The metals make their way into the plastic products when they’re used as catalysts during production or when recycled plastic is exposed to the metals during the reclamation process.