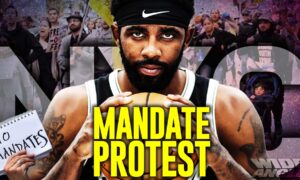 Risk assets were lower to start the week on Monday after a relatively quiet week of trading as markets are still caught in ranges without a clear trend direction emerging.  Over the weekend there was an article in the Wall Street Journal citing Moody’s review of 114 European banks at risk of receiving credit downgrade.  New information, however, was scant and the article seems to be serving more as a reminder more than anything else.

Other weekend news was seen in China, where the government decided to widen the trading band of the Yuan, from 0.5 percent to 1 percent, which will take effect today.  Most of the market was expecting the decision to be made, so the short term effect in currency markets was limited, and this should be viewed as more significant longer term information, which will show its effects in the Trade Balances of the G10 economies.

Today’s main macro release will come with the US Retail Sales figures and the Empire State Manufacturing report.  Volatility generated by these releases will likely be short term, as neither is expected to drastically alter the Federal Reserve’s interest rate outlook, but any significant deviation from expectations could be a key driver for sentiment to start the new week.

In Switzerland, the Producer Price Index (PPI) came in at a rise of 0.3 percent for the month of March (which translates to a 2 percent decline on a yearly basis).  Inflation data continues to be significant for the Swiss National Bank as current market conditions are viewed as being heavily unfavorable for the country’s export companies and the central bank continues to look for ways to make monetary policy more accommodative in order to combat this.  Given that deflationary conditions continue to persist on longer term time frames, expect the SNB to continue to shy away from any hawkish policy suggestions.

In the UK, Standard and Poor’s reaffirmed the country’s AAA credit rating, on the basis that the government is successfully reducing its budget deficit, with a stable outlook.  This is the minority rating bias, however, as both Moody’s and Fitch have negative outlooks for the UK economy.

The EUR/USD continues to drop and is coming into some major support levels on the daily charts.  To start the week, we have already seen a test of the 1.30 area before seeing a modest bounce on profit taking.  This area is now a triple bottom and we are likely to see losses accelerate on a break of the psychological level.  We need to see a break back above 1.3080 to reverse the bearish bias, and a rally into this area will be viewed as an excellent short term selling opportunity.

The S&P 500 is still trading lower, as prices are now seen in a downtrend channel.  Given that we have already broken all of the short term Fibonacci supports, the balance of the evidence favors another test of 1340 before any kind of meaningful rally can be expected.  Bias is altered on an upside break of 1385, as this will remove the channel and take pressure off of the downside.  MACD readings still showing negative momentum supports the bearish argument.