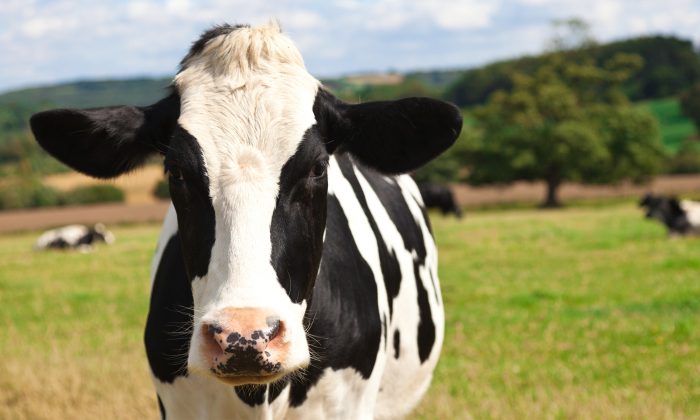 Sad Dog Separated From Cow Who Raised Him, Video Shows the Tear-Jerking Moment They Reunite Again

A dog that was apparently raised by a cow became separated from his surrogate “mother.”

According to a YouTube video from Kritter Klub, the dog was left “in tears” when the cow left. However, the American Kennel Club says that dogs can’t produce tears due to a feeling although some pet owners have sworn otherwise.

Kritter Klub tells the viewers that the mother of the dog, Rookie, died after giving birth to the puppy. A cow then raised the dog herself.

Note: Make sure to click the “cc” option for subtitles when viewing this video:

For two years, the two lived, ate, and slept aside one another in an unnamed farmer’s barn. The report said the dog and the cow were inseparable, with the dog even crawling between the cow’s legs when she was scared.

The farmer, according to the clip, realized that raising his two cows was too intensive so he gave up the brown cow to another farmer.

The YouTube video’s narration says Rookie, for days, then yelped, refused to eat, and spent a considerable amount of time looking for the cow.

“The dog will be okay after a while,” the farmer says in the video. At one point, Rookie then escapes to look for the cow, located on another farmer’s property.

“I decided to keep her for Rookie’s sake,” the farmer, who appears to be from South Korea, then says.

The video then shows the moment the brown cow sees Rookie.

A veterinarian in the clip says that if Rookie keeps on living “with the cow like this, [it’ might have a lack of social skills” and needs the opportunity to “make new friends.”

The farmer then grabbed the scent of the brown cow and placed it on another dog “for a sense of fraternity,” the video says.

The animals then apparently became well-acquainted with one another.

The Kennel Club, meanwhile, states that “like most mammals, dogs have tear ducts.”

However, there is no “connection between a dog’s brain and his tear ducts,” it says. “While canines express needs and wants vocally, there is no scientific evidence proving that dogs, or any other animals, in fact, actually produce tears as a response to what they’re feeling. We seem to be the only species capable of breaking into emotional tears.”

It adds: “What we do know is that dogs can have empathic, compassionate responses when we find ourselves wiping tears away and snuffling into a tissue. An interesting study shows that comforting may be hardwired into dogs.”

If the dog appears to have tears, there might be another, more serious health issue.

“He may have allergies. If he has a sensitive or allergic reaction to something—pollen, food ingredients, smoke, dander, or dust, for example—his eyes may water,” the website says. “He might have a blocked tear duct, which causes your dog’s eyes to be damp and possibly irritated.”