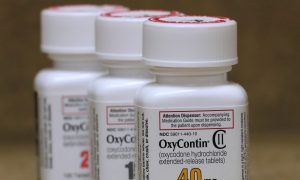 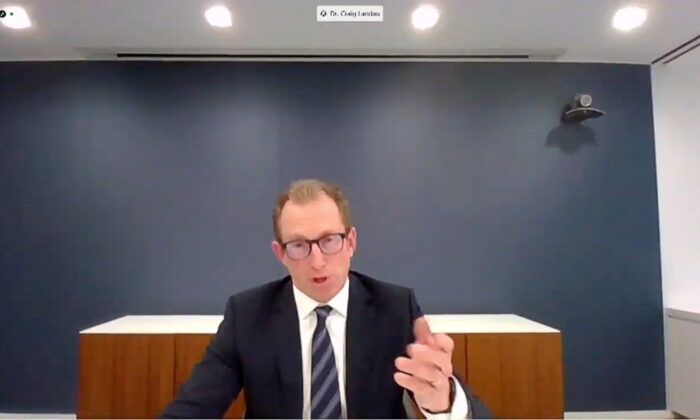 Sacklers Apologize But Deflect Blame At US Congressional Opioid Hearing

Two members of the wealthy Sackler family who own OxyContin maker Purdue Pharma LP offered apologies on Thursday for the role the prescription painkiller has played in the deadly U.S. opioid epidemic but sought to deflect personal responsibility in response to withering criticism from lawmakers.

Testifying remotely during a hearing before the U.S. House of Representatives Oversight Committee, David and Kathe Sackler, both of whom previously served on Purdue’s board, insisted they were assured by management that the company was meeting regulatory and legal requirements as the opioid crisis unfolded.

The two, among several Sackler family members with ownership interests in Purdue, agreed to testify only after the committee’s chairwoman, Rep. Carolyn Maloney (D-N.Y.), threatened subpoenas.

“Watching you testify makes my blood boil,” Rep. Jim Cooper (D-Tenn.) told David Sackler. “I’m not sure that I’m aware of any family in America that’s more evil than yours.”

Cooper was among the committee members who directed fury at the Sacklers for reaping billions of dollars from Purdue as Americans became addicted to opioids. The lawmakers compared them to imprisoned Mexican drug lord Joaquin “El Chapo” Guzman and showed slides of expensive real estate holdings.

“What you’ve heard from the press about the Sacklers is almost certainly wrong and highly distorted,” David Sackler testified. “We also fully acknowledge that there is an opioid crisis that has ruined too many lives, and that OxyContin addiction and abuse played a role in that. We are truly sorry to everyone who’s lost a family member or suffered from the scourge of addiction.”

But Sackler said he acted legally and ethically while on Purdue’s board.

His cousin, Kathe Sackler, detailed her experience losing a 23-year-old brother to suicide. As a mother, she said, her “heart breaks” for parents who have lost children to opioids.

“It distresses me greatly and angers me greatly that the medication that was developed to help people … has become associated with so much human suffering,” she said. “I am happy to apologize to the American people.”

Maloney asked her whether she would apologize for her personal role in the epidemic.

“I have struggled with that question. I have tried to figure out: Is there anything that I could have done differently knowing what I knew then, not what I know now?” Kathe Sackler responded.

The hearing began with family members of opioid victims sharing stories of personal loss, including the father of an 18-year-old woman on the cusp of attending college who took one OxyContin pill and died.

Under a settlement with the Justice Department, Purdue pleaded guilty in November to criminal charges for misconduct with its opioids and agreed to more than $8 billion in penalties that will mostly go unpaid. Sackler family members agreed to pay $225 million to settle civil claims they disputed. Neither they, nor other individuals, were criminally charged.

The opioid epidemic has claimed the lives of roughly 450,000 Americans since 1999 due to overdoses from prescription painkillers and illegal substances such as heroin and fentanyl.

Purdue reaped more than $30 billion from opioid sales over the years that enriched Sackler family members, and it funneled illegal kickbacks to doctors and pharmacies, investigations have found. The drugmaker, which filed for bankruptcy protection last year, and its Sackler family owners are in discussions to settle thousands of lawsuits from U.S. communities seeking to hold alleged perpetrators responsible for fueling the epidemic.

Purdue Chief Executive Craig Landau, an anesthesiologist, also testified at the hearing, noting his work treating pain, including with troops wounded in Iraq and Afghanistan as part of the U.S. Army Reserve. He expressed contrition and pointed to Purdue’s guilty pleas.

Lawmakers pressed the Sacklers on more than $10 billion that Purdue transferred over the course of a decade, much of which went to family members.

Maloney cited a 2007 email from David Sackler, a week after a Purdue affiliate pleaded guilty to misbranding OxyContin, in which he questioned whether the family’s wealth would withstand possible future litigation.

David Sackler said he was unaware then that Purdue and family members would face the opioid litigation barrage that later materialized.

“No,” David Sackler responded when Maloney asked whether the family was cashing out, leaving less money for plaintiffs in opioid lawsuits.

“But there are bad actors,” Comer said. “And to the Sackler family and Purdue Pharma, let me be as clear as I can be: You all are bad actors. And there is no excuse for what you did.”