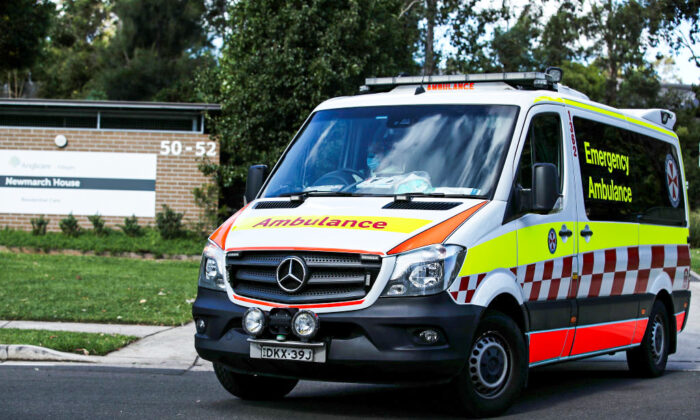 Two healthcare workers in South Australia have tested positive for COVID-19 after visiting and delivering care to residents at several aged care centres around the state capital.

Extra infection control measures and testing of residents and staff have commenced at a few Adelaide nursing homes following this announcement.

SA Health stated that: “Affected sites are being contacted by SA Health and supported to implement additional infection control measures, while testing of residents and staff is being undertaken.”

“SA Health is working closely with the Commonwealth Department of Health and the Aged Care Quality and Safety Commission to enact protocols to protect aged care residents and staff.”

From Dec. 14, the state has confirmed 12 new cases with six of the cases still under investigation for the source.

Four of the new cases are from vaccinated individuals, with three unvaccinated and five unknown.

Of the 70 active cases, 2 are in the hospital in stable condition whilst 28 are home quarantined and 40 are in hotel quarantine.

The news comes as South Australian public health services are reporting they are understaffed.

United Workers Union released a media statement reporting that from Dec. 2, workers from Adelaide hospitals—including Flinders Medical Centre and Noarlunga Hospital—would go on strike from 2 p.m. to “express their anger about understaffing and the failure of the Marshall Liberal Government to address concerns about job security.”

Since the pandemic started all states have reported understaffed public health workers with many hospitals and doctors calling for more support.

SA is expected to ease COVID-19 restrictions once vaccination rates reached 90 percent for residents aged 12 and over.

The deadline was originally set before Christmas but is currently expected to be reached before the end of the year.

The state’s transition team is expected to confirm the timeline by the end of the week.

“We are working, as a collective, to come up with the optimum date to provide some clarity for people in South Australia on when things will be changing, based on the modelling in relation to when we are likely to hit 90 per cent,” Police Commissioner Grant Stevens said.

“I was hopeful that it was going to be before, but the indicators are at this stage that it will be after Christmas but before the end of the year.”

Currently, 91.2 percent of South Australians 12 and over have had at least one vaccine dose with 84.5 percent fully vaccinated.