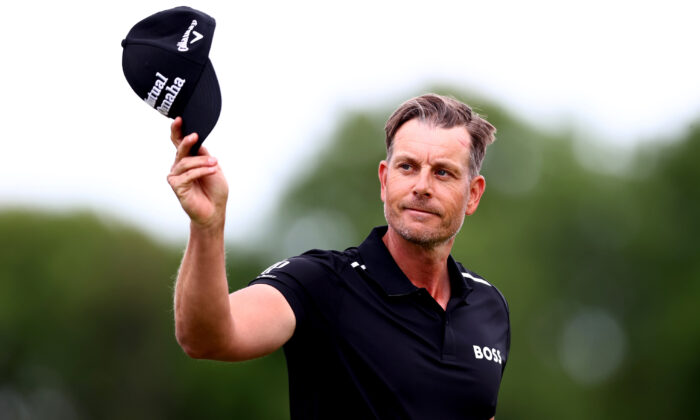 Henrik Stenson was removed from his role as Ryder Cup captain for Europe hours before announcing that he was joining the LIV Golf series on Wednesday.

The Swede was vice captain at Whistling Straits last year, backing Padraig Harrington in Europe’s worst loss to the United States 19–9 in Wisconsin. He was then tasked to lead Europe at Marco Simone Golf & Country Club in Rome, Italy in September 2023.

The PGA and DP (European) Tours have banned and fined players that have joined the LIV Series, which has led the DOJ to begin investigation into the PGA in an antitrust probe earlier this month.

Three weeks ago, the PGA Tour and DP World Tour announced agreement to strengthen their partnership in defense against LIV Golf.

Ryder Cup Europe provided a statement, “In light of decisions made by Henrik in relation to his personal circumstances, it has become clear he will not be able to fulfill certain contractual obligations … it is therefore not possible for him to continue in the role of captain.

“Confirmation of the new 2023 European Ryder Cup Captain will be made in due course.”

Stenson contributed to Europe’s victories in three of his five Ryder Cup appearances as a player, including their last win at Le Golf National in 2018.

Following his dismissal, Stenson tweeted on Twitter that he would be playing in next week’s LIV Golf tournament at Trump National Golf Club Bedminster, New Jersey on July 29-31.

“My interest in this concept has been well documented over the past few years,” said the 2016 British Open champion.

“And despite some of the unfortunate and ongoing tension between LIV Golf, the DP World Tour & PGA Tours, the opportunity to play in LIV events moving forward is something that I want to experience.

“Like many of my fellow professionals, my hope is that my decision to play in LIV events will not restrict me from playing on any tour.

“While I disagree with this decision … it’s a decision I accept.

“I have huge respect and admiration for the Ryder Cup and those individuals behind it who I know are doing their utmost to act in the best interests of the historic event,” concluded Stenson.

LIV Golf is also paying the largest purses in golf history, with $4 million for first place, $2.125 million for second, and $1.275 for third—as well as payouts for team competition.

Former President Donald Trump recommended players to “take the money” and join the LIV Golf Invitational Series, saying that those that remain on the PGA Tour will miss out on an excellent financial opportunity.

Trump’s Bedminster course in New Jersey will host the next LIV Golf tournament next week.

“All of those golfers that remain ‘loyal’ to the very disloyal PGA, in all of its different forms, will pay a big price when the inevitable merger with LIV comes, and you get nothing but a big ‘thank you’ from PGA officials who are making Millions of Dollars a year,” Trump wrote Tuesday on his social media platform Truth Social.

“If you don’t take the money now, you will get nothing after the merger takes place, and only say how smart the original signees were.”

Bedminster was originally scheduled to host this year’s PGA Championship, but the PGA of America later decided to move the location.