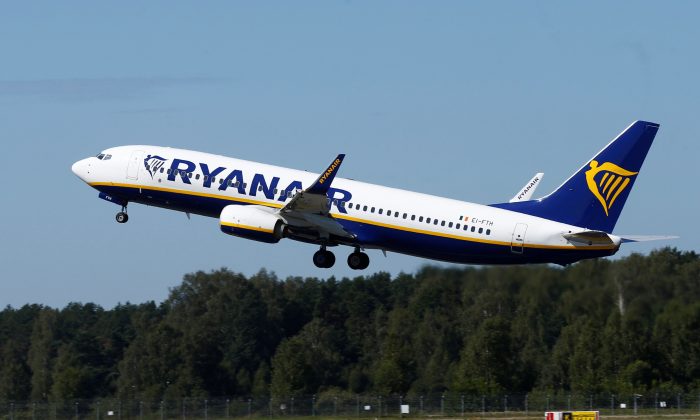 DUBLIN—Ryanair expects to fly around 10 percent fewer passengers in December and January due to customer concerns around the Omicron variant of COVID-19, Group Chief Executive Michael O’Leary told the Guardian newspaper in an interview.

The airline expects to fly about 10 million people in December rather than the forecast 11 million, and plans to cut about 10 percent of its capacity in January, the newspaper quoted O’Leary as saying.

“Where it’s really hit us has been the early weeks of December, bookings in and out of Ireland and the UK … The rest of the continent is still travelling for business and for leisure,” O’Leary said, describing Christmas as “well booked.”

“The panic is largely confined to the UK and Ireland. Across the continent there’s been a much more reasoned approach” to Omicron, O’Leary said.