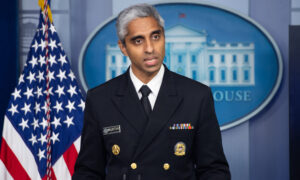 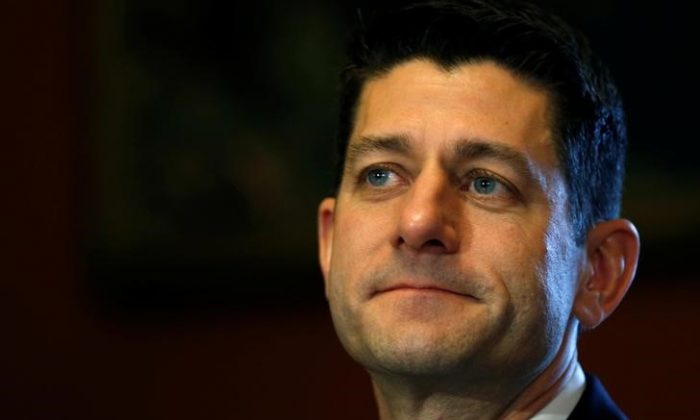 House Speaker Paul Ryan holds a meeting with leaders of free-market and pro-life organizations to discuss advancing a conservative agenda in the U.S. Capitol in Washington on March 30, 2017. (REUTERS/Kevin Lamarque)
Politics

Ryan Dampens Hopes for Quick Revival of US Healthcare Overhaul

With this back-and-forth, there were questions over how Trump will manage to get major legislation accomplished this year, causing uncertainty in financial markets of the direction Republicans will steer government.

Republican lawmakers said the new push on healthcare would maintain Obamacare’s essential health benefits clause listing services and care that insurers must cover. But in a move to attract hard-line conservatives, states could apply for a waiver if they could show it would improve coverage and reduce costs.

In remarks to reporters after a closed meeting with fellow House Republicans, Ryan said the renewed healthcare effort, following last month’s failure to repeal and replace Obamacare, was simply in the “conceptual stage right now.”

He refused to give a time line for having a bill on the House floor, and Congress is set to begin a two-week recess at the end of this week. “We don’t have a bill text or an agreement yet, but this is the kind of conversations we want,” Ryan said.

A mix of hard-line conservatives and more moderate Republicans sank last month’s drive to pass the Obamacare repeal and replacement. That prompted an angry Trump to say that he was moving on to tax reform.

But a source familiar with internal House Republican deliberations said that healthcare, and not tax reform, now tops the House agenda and that the healthcare effort was being driven by the White House.

Republicans on Obamacare Repeal: ‘We’re Going to Get It Done’

Lawmakers said on Monday that the White House would like to see a revised bill come up for a vote as early as week’s end, before the House breaks for its spring recess, and that the text of the new proposal could be ready some time on Tuesday.

However, Ryan said he would not put “some kind of artificial deadline” on a revamped plan. “We want to make sure that when we go, we have the votes to pass this bill,” he said.

A Republican senator playing a major role in the attempt to revive the healthcare bill said on Tuesday that the Trump administration and Republican l lawmakers were still at an “impasse” in talks.

“I think they still think they can pound a square peg into a round hole,” Senator Rand Paul told MSNBC.