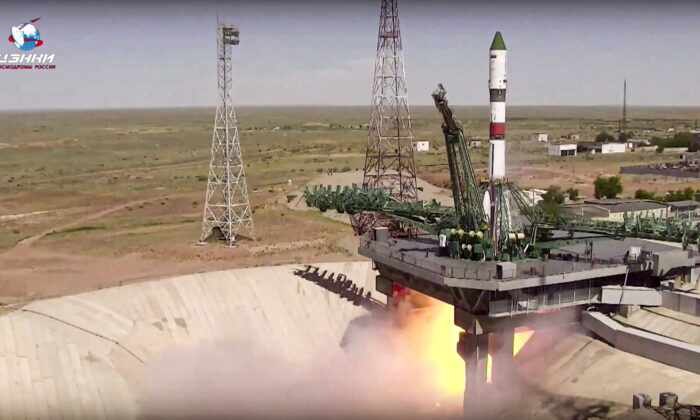 The Soyuz-2.1a rocket booster with cargo transportation spacecraft Progress МS-20 blasts off at the Russian leased Baikonur cosmodrome, Kazakhstan, on June 3, 2022, in a still from video. (Roscosmos Space Agency via AP)
Space

A Soyuz rocket carrying the uncrewed Progress MS-20 ship blasted off as scheduled from the Russia-leased Baikonur Cosmodrome in Kazakhstan.

The spacecraft smoothly docked at the space outpost about 3.5 hours after the launch.

It has delivered food, fuel, and other supplies for the station’s international crew.

While Russia’s military action in Ukraine has heightened tensions in relations with the United States, the Russian and American crew on the station have kept working as usual. Flight controllers in Houston and Moscow also continued to cooperate as always, according to NASA officials.