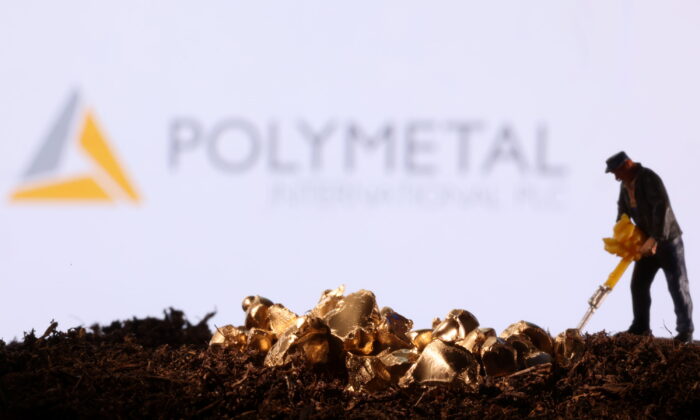 A small toy figure and gold imitation in front of the Polymetal logo in a photo illustration taken on Nov. 19, 2021. (Dado Ruvic/Reuters)
Companies

Russian gold and silver producer Polymetal is analyzing the possibility of breaking off its Kazakh mines at the request of a group of investors, it said on Monday, adding that it was premature to speak of a decision.

London-listed Polymetal, which has a free float of 75.2 percent, is not subject to any Western sanctions imposed on Russia for what Moscow calls “a special military operation” in Ukraine. However, its shares are down 78 percent amid a global sell-off of Russia-related stocks since the “operation” began on Feb. 24.

Polymetal did not provide any further detail in its comment.

Polymetal produced 1.7 million troy ounces of gold equivalent—a mix of gold and other metals—in 2021, of which 558,000 ounces were produced by its two mines in Kazakhstan.