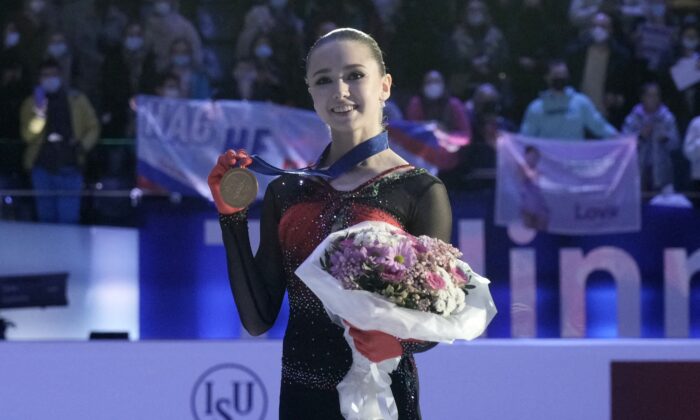 Russia’s 15-year-old Kamila Valieva won the European figure skating championships in Estonia on Saturday, solidifying her status as the gold-medal favorite for next month’s Beijing Olympics.

Valieva finished with a total of 259.06 points—achieving a 90.45 score in the women’s short program on Thursday and 168.61 in the free skate event on Saturday.

She fell on her triple axel but landed two quadruple jumps in the free skate event after breaking her own world record with a nearly flawless short program.

Russia are expected to announce their Olympic line-up for the Feb. 4–20 Beijing Games next week, with all three skaters likely to make the cut.