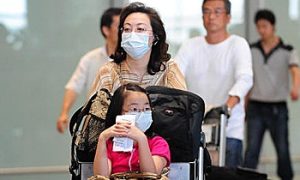 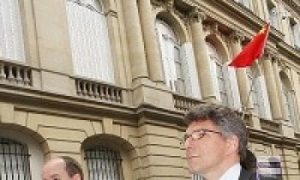 Russian aviation officials grounded all Tu-154Bs flights on Sunday after a fatal accident in Siberia, Russia on Saturday that killed at least 3 people, including a child, and injured an estimated 40.

Officials said that flights would be grounded until reasons for the accident were found.

The accident took place when an engine caught fire on a Kolavia Tu-154B plane at the Surgut airport. The plane had 124 people on board, including 8 crew members, and was on the flight strip, bound for Moscow.

One of the fuel tanks blasted from the fire, destroying the plane and spreading flames across an area of more than 300 square feet. Rescue workers were able to evacuate all passengers prior to the disaster, aviation officials said.

Sergei Grigoriyev, one of passengers who is a singer with Soviet-created band Na-Na, said that while trying to escape after the blast, people “were literally stepping on each other's heads," Russian state-run Itar-Tass reported.

"I saw my life flash before me," he added.

Officials said that they were investigating any cause, including a terrorist attack.

The Tu-154B is one of type of the Tu-154 plane that was created under the Soviet Union. It is still widely used in Russia and other former Soviet countries.

Last April, a Tu-154 plane crash in Russia’s Smolensk airport killed Polish President Lech Kaczynski, his wife, and 96 top polish officials while they were heading to the commemoration of mass killings of thousands of polish officers by Soviet security forces (NKVD) seventy years ago.