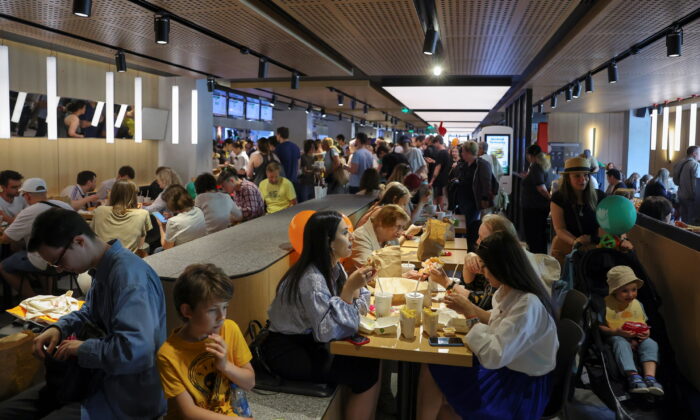 The S&P Global Purchasing Managers’ Index (PMI) rose to 54.7 in July, its highest since June 2021 and up from 51.7 in June this year, pulling further clear of the 50 mark that denotes expansion.

“The rate of output growth was the fastest for just over a year, with activity supported by a sharper upturn in new business,” S&P Global said in a statement.

Russia’s economy has been buffeted by Western sanctions against Moscow over its actions in Ukraine, with international business drying up as foreign clients turn away.

Business confidence improved, with many citing hopes of improvements in the health of the wider economy and greater client demand, and although firms stepped up their hiring activity in July, backlogs of work rose sharply.

“The rate of growth in incomplete business was the sharpest since November 2003, as firms cited greater new business, challenges finalizing contracts, and input shortages as driving factors behind the increase,” S&P Global said.

A sister survey this week showed Russia’s manufacturing sector held steady in July as the sector continues to struggle with diving exports and logistical problems in the face of Western sanctions.