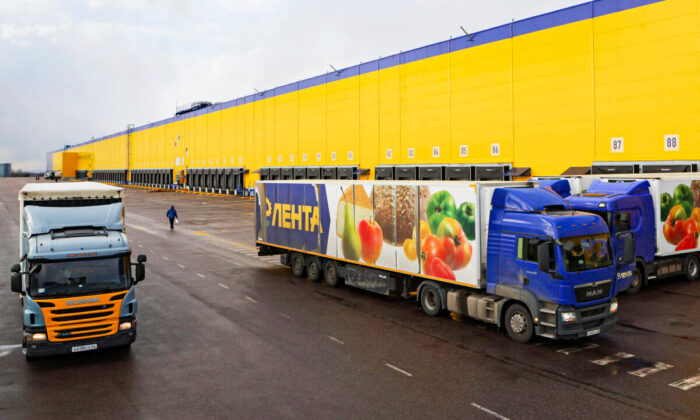 Russian Retailers in Talks to Import Goods via Kazakhstan: Report

ALMATY—Russian retailers Magnit and Lenta are in talks with their suppliers and other parties about importing goods via Kazakhstan, Russia’s southern neighbor and close partner, a Kazakh official was quoted as saying on Tuesday.

Rouble volatility and supply chain disruptions have hit the Russian market since President Vladimir Putin sent troops into Ukraine on Feb. 24 in what Moscow says is a “special military operation” to degrade Kiev military capabilities and root out what it calls dangerous nationalists.

The West has imposed sweeping sanctions on Russia in an effort to force it to withdraw its forces, while many foreign companies have ceased or suspended their Russian operations.

Working through intermediary companies in Kazakhstan could in theory allow Russian retailers to resolve some issues caused by sanctions, such as making payments in foreign currency.

Yerkebulan Orazalin, head of the entrepreneurship and investment department at the mayor’s office of Almaty, Kazakhstan’s largest city, said Magnit and Lenta were looking in particular at goods whose supply directly to Russia has been restricted, Kazakh news website Tengrinews.kz reported.