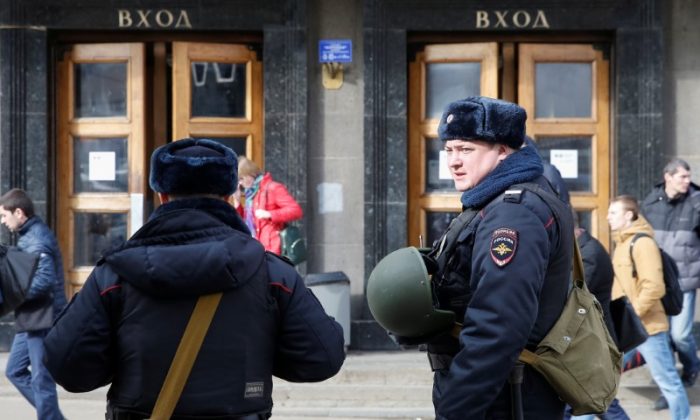 MOSCOW—Russian law enforcement officials are questioning a new suspect over the bombing of a metro train in St Petersburg earlier this month, a source familiar with the investigation told Reuters on Monday.

Fourteen people were killed in the April 3 attack. The suspect is the ninth person to have been detained on suspicion of having colluded with the bomber, Akbarzhon Jalilov, since the attack. Jalilov was killed in the explosion.

Russia’s Federal Security Service (FSB), cited by RIA news agency, identified the detained man as Abror Azimov, born in 1990, from ex-Soviet Central Asia. The FSB described him in a statement as one of the organizers of the attack, who had trained Jalilov, RIA reported.

Azimov was detained on Monday in the Moscow region, the agency reported. Two suspects in the St Petersburg bombing have already been detained in the same Moscow suburb. Earlier Russian media reported that the bomber had made a telephone call to someone in Moscow before the attack.