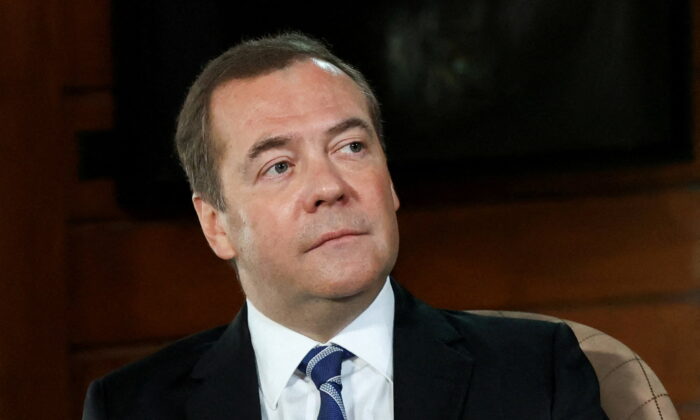 Russia Warns Agriculture Supplies Could Be Limited to ‘Friends’

Dmitry Medvedev, who served as president from 2008 to 2012 and is now deputy secretary of Russia’s security council, warned on Friday that Russia, a major global wheat exporter, could limit supplies of agriculture products to “friendly” countries only, amid Western sanctions imposed on Moscow over the Ukraine crisis.

He said he would like to outline “some simple but important points about food security in Russia,” given the sanctions imposed.

Most of them have been part of the country’s agricultural policy for years.

“We will only be supplying food and agriculture products to our friends,” Medvedev said on social media. “Fortunately we have plenty of them, and they are not in Europe or North America at all.”

Russia already supplies wheat mainly to Africa and the Middle East. The European Union and Ukraine are its main competitors in the wheat trade.

The priority in food supply is Russia’s domestic market and price control within it, Medvedev said. Russia has been using grain export quotas and taxes since 2021 to try to stabilize high domestic food inflation.

Agriculture supplies to “friends” will be both in roubles and their national currency in agreed proportion, Medvedev said.

Currency of payment can already vary in each grain export contract subject to the needs of buyers and sellers. However, Medvedev’s remark comes after Russia’s recent demand for foreign buyers to pay for Russian gas in roubles.

Russia banned most Western food imports in 2014 when it annexed Crimea from Ukraine but may expand the list further now, Medvedev added.

Many foreign companies such as producers of chocolate halted sales of their brands in Russia last month.