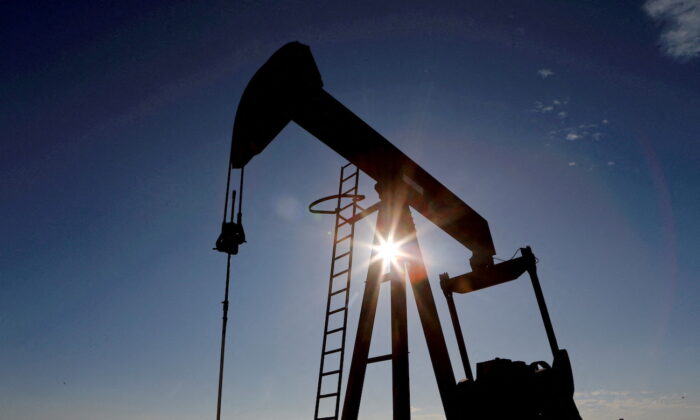 Global energy markets are monitoring the potential conflict at the Ukraine–Russia border as crude oil and natural gas prices rallied on Jan. 26.

Investors are observing possible supply disruptions in Russia and threats to the United Arab Emirates’ energy infrastructure following missile attacks by Yemen’s Houthi rebels. These developments have provided an immense appetite for bulls in the oil and gas market, even as volatility seeps into the broader equities arena.

The European natural gas market is extremely tight. EU gas storage is less than 45 percent full, down from the five-year average of about 60 percent for this time of the year.

In Moscow, oil and gas exports account for about half of the nation’s federal budget revenues. Ukraine plays a significant role in the region’s energy sector. Kyiv functions as a transit route for Russian gas being shipped into Europe, while Russia represents close to 50 percent of Europe’s natural gas import demand.

With tight conditions already prevalent throughout the sector, the escalating geopolitical tensions in Eastern Europe emphasize the importance of energy security and how critical crude oil and gas are to the worldwide economy, Rob Thummel, senior portfolio manager and managing director at Tortoise, told The Epoch Times.

“Does Europe have enough inventory to survive and not run out of natural gas for the rest of the winter?” Thummel asked.

“Russia needs Europe, but Europe needs Russia as well,” he said. “The impact from an everyday concern for the European people is pretty important and pretty significant.”

Brent crude futures, the international oil benchmark, rose to $90 a barrel on Jan. 26 for the first time in more than seven years. March natural gas futures topped $4 per million British thermal units on Jan. 26 on the New York Mercantile Exchange.

The White House has announced that it’s working with natural gas producers across the globe to determine their capacity and push for increased output. A senior administration official, who declined to be named, told reporters during a Jan. 25 conference call that the administration is searching for additional volumes of natural gas from sources in North Africa, the Middle East, and Asia.

Another administration official confirmed on the call that the United States is coordinating with large buyers and suppliers of liquefied natural gas to ensure enough supply would be diverted to Europe.

“If Russia decides to weaponize its supply of natural gas or crude oil, it wouldn’t be without consequences to the Russian economy,” the official stated, adding that oil and gas exports account for half of the nation’s federal budget revenues.

“This is not an asymmetric advantage for Putin. It’s an interdependency.”

Europe’s energy inventories are already anticipated to be lower in the coming months.

Shell is expected to close a crucial processing unit at a refinery in Rotterdam, Bloomberg reported. Shipments from Moscow’s chief crude grade from its Baltic Sea ports are poised to decline in February to a five-month low.

Despite crude prices rebounding to their best levels in about eight years, there has been a serious lack of investment in oil and gas, Thummel noted.

“Not as much capital is being invested in new supply sources,” he said, adding that this could extend a little longer and make it more challenging for the global energy industry to meet strengthening demand.

The U.S. Department of Energy forecast (pdf) this month that domestic crude production could average around 11.85 million barrels per day (bpd) in 2022, below the peak of 12.29 million bpd before the pandemic in 2019. The International Energy Agency estimated that global crude consumption could potentially surpass pre-crisis levels in 2022, climbing by 3 million bpd.

But the global oil energy market could return to a surplus by the second quarter of this year, predicts Warren Patterson, head of commodities strategy at ING Think.

“Several supply issues coming into the new year, along with good demand has delayed the return to surplus,” he said in a research note. “Once back in surplus, we expect that the market will remain well supplied until at least the end of this year. However, if OPEC+ believes that it needs to pause its monthly production increases at any stage through the year, this would have an impact on the oil balance though in the current price environment, this is unlikely.”

Russia is the world’s largest wheat exporter, while Kyiv is the world’s third-largest corn producer. Should grain flow in the Black Sea area be interrupted, this could further exacerbate food inflation.

“Geopolitical risks have risen in recent months in the Black Sea region, which could influence wheat prices ahead,” Dominic Schnider, a strategist at UBS Wealth Management, wrote in a note.

The international aluminum market is entrenched in a deficit. Rusal, Russia’s top aluminum producer, could become the target of U.S.-led sanctions. Today, Moscow makes up between 6 percent and 8 percent of global aluminum output; with Europe being the largest buyer, there could be a spike.

Moreover, Russia is a considerable contributor to the global copper, nickel, palladium, and platinum markets. Because these metals face a supply imbalance, there could be growing tightness.

Overall, the global commodities market, from energy to agriculture, could come under threat until the situation in Eastern Europe is resolved.