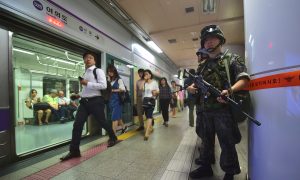 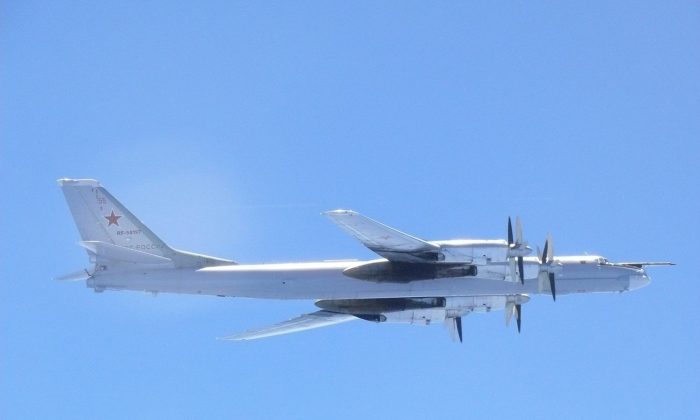 MOSCOW – Russian nuclear-capable strategic bombers have flown over the Pacific Ocean, the Sea of Japan, the Yellow Sea and the East China Sea, prompting Japan and South Korea to scramble jets to escort them, Russia said on Thursday.

Russia’s Defence Ministry said in a statement the Tupolev-95MS bombers, code named “Bears” by NATO, flew over neutral waters and were accompanied by Russian Sukhoi-35S fighter jets and A-50 early warning and control aircraft.

It gave no details about the overall number of aircraft that had taken part in what it called a pre-arranged flight and did not say when or why the mission took place.

The TU-95MS bombers were refueled in mid-air during the mission, the ministry said.

During parts of the route, the bombers were escorted by South Korean and Japanese military jets, it added.

Russia, which shares a border with North Korea, has repeatedly voiced concerns about rising tensions on the Korean Peninsula caused by Pyongyang’s nuclear missile program, and has complained about Japan’s plans to deploy a U.S. anti-missile system on its soil.

Russia‘s Foreign Ministry said on Thursday that Japanese plans to deploy U.S. missile defense systems on its soil were disproportionate to the missile threat in the region.

The comments, made at a news briefing by Foreign Ministry Spokeswoman Maria Zakharova, came a day after Moscow said it was seriously concerned that Japan might deploy the U.S. Aegis Ashore missile-defense system on its soil to counter possible missile threats from North Korea.

Zakharova, in the same briefing, called on Pyongyang to exercise restraint in the face of new U.S.-South Korean military exercise, saying the war games did not help de-escalate tensions on the Korean Peninsula.